Share All sharing options for: UPDATED: Cheek To Leave Villanova 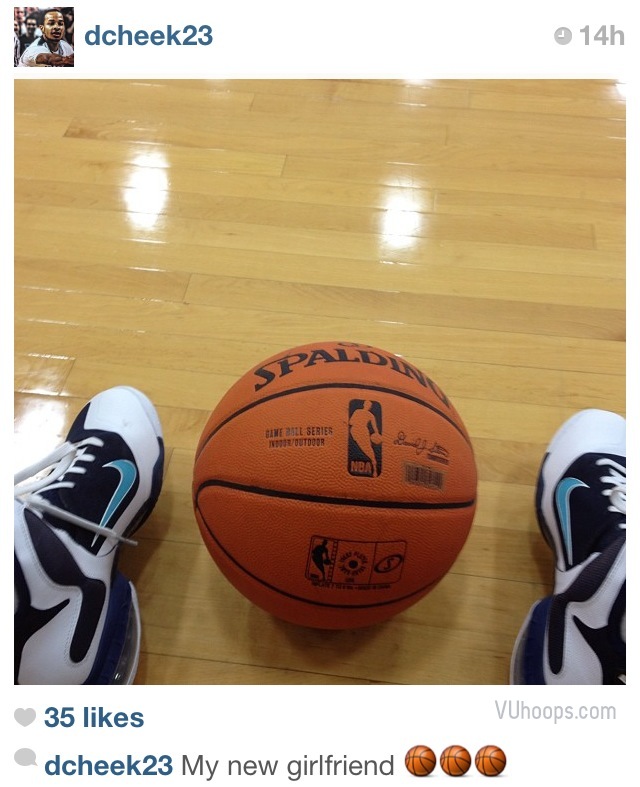 In news that surprises no reader of VUHoops, an official statement from Villanova regarding junior guard Dominic Cheek has been issued noting that the New Jersey native will give up his senior year of eligibility and add his name as a candidate for the NBA Draft.

No experts expect Cheek to be selected in the draft at this point. Despite that, the Philadelphia Daily News has reported that sources believe that Cheek's move is based more on his desire to help his family's financial situation by earning money somewhere (domestically or abroad) than a real belief that he was a sure draftee.

Cheek told reporters this afternoon that he made the decision to go pro for his family and that he wants to help support his grandmother. He said that he was open to playing overseas and that he knows that he isn't a sure-thing to make it to the NBA. He has signed with LA-based agent Happy Waters, who also represented Corey Stokes, who played in Germany earlier in the season and has now returned to the U.S. to play with Maine of the D-League.

He also told reporters that he plans to return to school eventually to finish his degree. He will be two semesters away from graduating.

VILLANOVA, Pa. – Villanova junior guard Dominic Cheek will forego his final season of eligibility and place his name into the pool of candidates for the 2012 National Basketball Association Draft, it was announced today.

"I appreciate all the help I have gotten from my teammates, coaches and friends during my time at Villanova," stated Cheek. "At this point in my life, I feel this is the best decision for me and my family. I am excited to get started with the process of pursuing my dream of playing in the NBA."

Cheek was a 2009 McDonald’s All-American and standout at St. Anthony’s High School in New Jersey before coming to Villanova. As a freshman and sophomore, he was a key reserve on Wildcat teams that were ranked in the Top 25 and advanced to the NCAA Tournament. As a junior, he averaged 12.5 points and 3.9 rebounds while starting 30 games in the backcourt.

"We support Dominic in his decision," stated Villanova head coach Jay Wright. "We will assist him as he goes through the process of preparing for the draft and his professional career."