Freeman to visit next week

Share All sharing options for: Freeman to visit next week 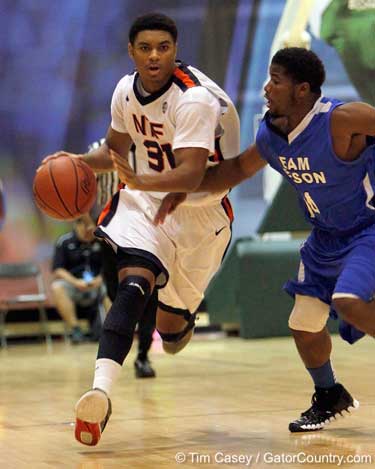 Allerik Freeman will stop by Villanova for a campus visit next Friday, May 4th, according to theRecruitScoop. He will be passing through town while travelling north to participate in an all-star charity game in Pennington, New Jersey on May 5th. The four-star shooting guard from North Carolina had narrowed his list to just Villanova and Kansas, before receiving late offers from Duke, UCLA and Ohio State this month.

The 2013 guard will join 2012 Villanova recruits, Ryan Arcidiacono and Daniel Ochefu on the court at the Pennington School for the Mary Kline Classic, an all-star game run by TheRecruitScoop.com's Alex Kline to raise money for cancer research. Arcidiacono and Ochefu will both play for the "Blue" team in the 8:00pm upperclassmen game, while Freeman will play in the 5:00pm underclassmen game on the "Red" team.

Between the two events, there will be a 3-point contest that Freeman will compete in, a Slam Dunk contest and a Skills Contest that Ryan Arcidiacono is slated to take part in. Current Villanova power forward Markus Kennedy is listed as a judge for the dunk contest.

Freeman will be playing with the Boo Williams Elite AAU team this summer on the Nike EYBL circuit and other events. He currently projects as a player who can contribute at either the 2 or 3 in college, but has reportedly been working on his handle to try and develop into more of a "combo-guard," which would help him to fit into the multiple-ball-handler system that Jay Wright seems to be interested in.