Nova Recruits in Action at MKC

Share All sharing options for: Nova Recruits in Action at MKC 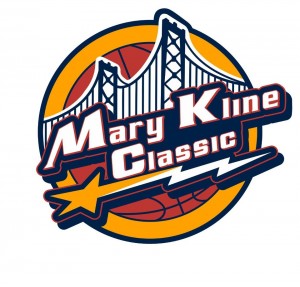 The 2012 edition of the Mary Kline Classic, a second-year showcase event that was started to raise money for cancer research, featured Villanova basketball signees, Ryan Arcidiacono and Daniel Ochefu, as well as a number of underclassmen that Jay Wright's program has been pursuing. In addition to two games (one for seniors and one for underclassmen), the players participated in a dunk contest, a 3-point contest and a shooting skills contest.

Ryan Arcidiacono won the shooting skills contest by being the quickest contestant to make a lay-up, free-throw, 3-pointer and half-court shot — just like the standard Pavilion time-out contest — he did it in 27.2 seconds. Rondae Jefferson shared the dunk contest crown (along with Wayne Selden) by jumping over his 6-10 AAU teammate, Austin Colbert. No Villanova recruits participated in the 3-point contest with Allerik Freeman becoming a late-scratch for the event.

In addition to his skills win, Archy made 4-of-6 shots from beyond the arc in the senior game and told Philahoops.com that he was playing without pain now after recovering from his back surgery. He hadn't played competitive basketball during the 2011-12 high school season.

Both Arcidiacono and Ochefu had moments where they shined in the contest, leading some observers to think that both could become forces at Villanova. Arcidiacono appears more ready to play a big role right away, while Ochefu could see time on the court, but will need to continue to develop to become a star.

In the underclassmen game Jermaine Lawrence continued his star-turn, scoring 27 points and being named the 'Blue' team MVP for the game. Lawrence has a long list of schools pursuing him, including both of Philadelphia's Big Five entries. The 6-10 swingman has drawn comparisons to the former Texas Longhorn Kevin Durant, and it is tough not to see a bit of Durant in the high school star, with his lean frame and superior athleticism and shooting ability, Lawrence can take over games.

"I just wanted to play my 'A' game, not force anything and let my game come to me, keep improving," he told the NY Post. "I really expected it to happen, especially how good I've been playing."

Lawrence will cut his mile-long list down to five schools sometime in August and hopes to make a college decision by December. With elite prospects like Lawrence and Amile Jefferson, however, things can get complicated and decisions may take longer than expected.

Forward Karl Towns, Jr. also played in the Mary Kline Classic, and the St. Joes of Metuchen star has been on the radar for a ton of high-major programs including Villanova and Temple. At 15 years old, Towns is already 6-11 and he can play with anyone in high school and in addition to playing in the post, Towns likes to shoot from downtown, making it to the final of the 3-point contest last night. He ran out of time on the last rack and lost to Selden by a single ball.

He has become so highly sought after just one season in high school, that Kentucky coach John Calipari is already giving him the full-court press — to play for the Dominican Republic.

Calipari was hired to serve as the part-time head coach of the Dominican national basketball team, who often train in Kentucky and hope to qualify for the Olympics. Towns has been invited to work out with the team on a number of occasions as well as to work with their under-19 team in New York. Calipari reportedly wants Towns to do more than work out with his team — he wants to take the high schooler to the Olympics.

If you think that means that Calipari won't be recruiting Towns, you would be mistaken. Kentucky has already offered him a scholarship. The Wildcats' coach has been able to get extra facetime with the recruit under through his position with the Dominican National Team, and it is apparently kosher with the NCAA. That facetime seems to help his cause for college recruiting as well.

Jaren Sina was another Villanova target at the Mary Kline Classic, and the Gill St. Bernard sharpshooter decided to do things a little differently on Cinco de Mayo — he wanted to show that he could be a distributor as well as a scorer. Before the game he said he wanted 20 assists and he got 14 of them as well as 8 points to earn the 'Red' team MVP in the underclassmen game.

Sina was formerly committed to play for Alabama before his recruitment blew up and bigger programs started to check in. The 6-2 guard lists Pittsburgh, Alabama, Penn State, Northwestern, Villanova, Virginia Tech and a "long list of other Big East and ACC schools," as schools that are recruiting him now and has not yet cut down to a smaller group.

What follows is a "Storify" board of the discussion that surrounded the event.
[View the story "Nova Recruits/Prospects at MKC" on Storify]