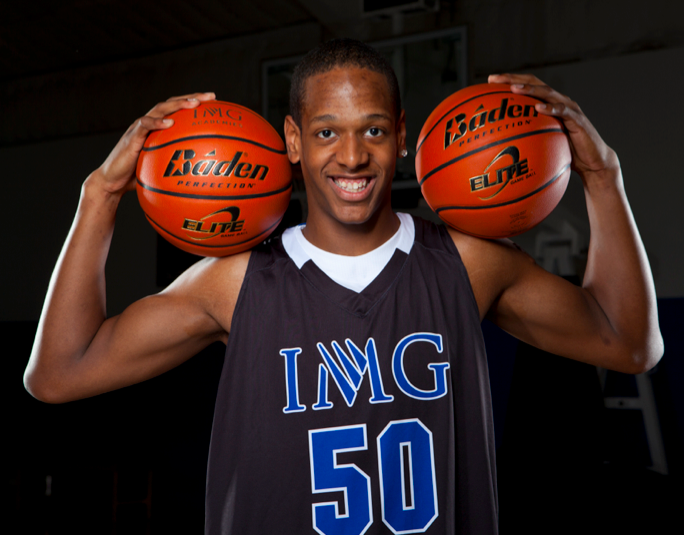 Villanova has added a few basketball players late in the Spring semester in previous years. Most famously, Jay Wright recruited Scottie Reynolds to come in and fill a void left by the early-departure of Kyle Lowry, but a current Wildcat was also a late addition. In 2008, Maurice Sutton was still fielding offers this time of year, hearing from Indiana in late April, as well as considering a long list. He ultimately pulled the trigger in late-May.

The Wildcats may add another 7-footer late in the recruiting cycle this year in Jordan Dickerson.

The 7-0, 240 pound Center spent the last season at IMG Academy after reclassifying from the 2011 class. The former Lincoln big man had interest from Villanova before reclassing, and apparently still does have that interest.

He is a productive rebounder that can use his length to alter and block shots as well. Very similar to Sutton, Dickerson will enter college with a lot of upside due to his height and length, but will need to polish his game during his college career. He is considered raw on the offensive side, but can be a big contributor on the defensive side.

Despite his two-star rating on ESPN.com, Dickerson is the subject of very high expectations.

"He’s going to be a first-round draft pick when it’s all said and done," one Division-I assistant coach told the NY Post a year ago. "If he goes to the right place, he could make himself a lot of money one day."

Villanova likely would have to wait for Amile Jefferson's decision before committing to giving the 7-footer a scholarship. He also has interest from Dayton, Cincinnati, West Virginia and Kansas State.

Update 7/11: Dickerson has committed to SMU, according to SNY.tv's Adam Zagoria.