Share All sharing options for: ODU to CUSA "imminent," Boise meets with MWC 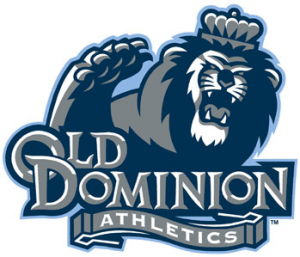 Old Dominion's move to Conference USA now seems to be close to completion. The school is in position to move to FBS after just one season playing in the CAA, largely because the conference that was raided by the Big East recently is in dire need of some larger television markets for its media inventory. ODU wasn't ready to decide whether to make the move when the conference announced its other new additions, but according to University of Richmond athletic director Jim Miller, that decision now seems to be wrapped up.

"Old Dominion I understand is most likely to accept a bid to Conference USA," he told a Richmond radio station. "I think that’s imminent from everything I’ve heard, that they’re making an announcement on Monday. I haven’t heard that from any ODU folks, but that’s what I understand is right around the corner."

The move would leave the CAA in a weakened position, likely in need of a few additions in football in order to remain stable and viable long-term. It could also be the straw that breaks the camels' back and forces current CAA football members to seek out other opportunities. Delaware, for example, has been very content to stay at the FCS level, where the school has been successful and profitable, but if the CAA appears to be collapsing, the Blue Hens may consider a move to the FBS ranks.

For other schools, an FBS invite won't be as easy to come by.

As for new members, it seems that Stony Brook and Coastal Carolina could be on the CAA radar, but don't look to Appalachian State; they're heading to FBS sooner than later.

On the basketball side, it seems that while VCU is still considering a move to the Atlantic 10 conference, George Mason has opted to stay with the CAA.

Meanwhile, in the Big East, CBS Sports reports that Boise State has met with a Mountain West Conference representative this week. The Broncos have not yet officially given the conference notice of their withdrawal, and the MWC is attempting to persuade the Broncos to stay. They were scheduled to join the Big East in the 2013 football season as a football-only member with their other sports moving to the WAC.

Recent changes to the WAC have significantly altered that conference, however, and only 5 members remain in the conference with two FBS-playing members likely to depart the league as well. If the WAC cannot rebuild into a viable conference for the Boise State programs, the Broncos will need to find an alternative home for their Olympic sports.

"We are actively monitoring the changing landscape in college athletics and remain committed to making the best long-term decisions for Boise State," a BSU spokesman told CBS.

Boise State has until June 30 to formally withdraw from the Mountain West in order to join the Big East on schedule in 2013, according to the CBS report. The other five schools joining the Big East in 2013 have all given their current conferences formal notice already. Under their contract with the Big East, if they fail to join the conference, they would owe a $5 million fee — a fact that, combined with the much higher revenue potential of the Big East, makes a decision to stay in the Mountain West unlikely if a home can be found for their basketball and other sports.

This report comes shortly after Big East interim commissioner Joe Bailey said that he did not anticipate any changes in Boise State's status.

"Well, my sense is that unless you hear differently, I think that there's full commitment from their standpoint," Bailey said on a Wednesday teleconference. "You can't there's an expectation market and then there's the reality market. And the reality of it is that those schools have indicated, to my knowledge, to the executive committee and to the other members, that they have a big belief that the Big East is a really good partner for them."