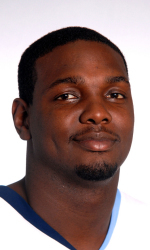 When JayVaughn Pinkston was arrested for assault just prior to the start of the 2010-11 season, there were hopes that the criminal charges would be disposed of quickly. Things have been on hold in the Montgomery County courthouse for almost a year, however, with the state still undecided on whether to admit the former boxer to the "Accelerated Rehabilitative Disposition" (ARD) program.

James Famiglio, Pinkston's attorney in this matter, has requested another postponement of the trial because the ARD status of his client remains unresolved. That postponement was granted by Judge Thomas C. Branca yesterday — for the the third time on the defendant's motion.

ARD is a probationary program that allows first time offenders to avoid the criminal justice system. Instead, the court orders conditions, such as community service, restitution, or counseling that must be completed during a period of supervision. Participants in the program are not convicted of a crime and can have their arrest record and ARD record expunged 30 days after completion.

It is normally available for non-violent crimes, but the decision whether to offer the program to an individual made by the District Attorney.

Pinkston remains free on $2,500 in unsecured bail until his case is disposed of by the court. He was charged with two counts of simple assault and harrassment (one charge of assault was dropped) after a November 2010 fight that took place outside a fraternity party in Upper Merion Township. He has plead not guilty to those charges.

In the meantime, it appears that Pinkston is still living off-campus while his matter is resolved.