The Wait Is Almost Over ... Rich O’Brien of the Philadelphia Inquirer reports that "Friends' Central standout Amile Jefferson is, finally, set to announce where he will play his college basketball. The 6-foot-8, 200-pound senior will make a commitment at 4 p.m. Tuesday at the Wynnewood school. Wednesday marks the end of the spring signing period. While North Carolina State and Duke are believed to be the finalists for his services, the two-time Inquirer Southeastern Pennsylvania player of the year said Kentucky, Ohio State, and Villanova were still in the mix. "I'm still looking at all the schools on my list," he said." 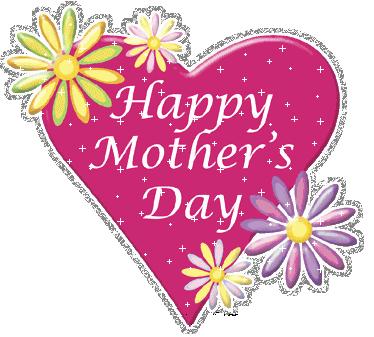 Happy Mother’s Day… Terry Toohey of DelcoTimes reports that "Tony Chennault, the 2009-10 Pennsylvania Gatorade Player of the Year, gave his mother, Crystal Morton, an early Mother’s Day present Tuesday [when he announced he will transfer to Villanova. "I still have to go out and get her something big," Chennault said. "She expects that." Morton [who has health issues] is the reason Chennault decided to transfer after two years at Wake Forest. "I wanted to be more accessible," Chennault said. "She’s happy. I’ll get to see her more and she’ll be able to come to my home games." Still, leaving Wake Forest was not easy. "My girlfriend is at Wake, my best friend is there and I’ve made a lifetime of friends, but in the end this was something I had to do in the best interest of my family," he said. [Editor's Note: Here's a list of gifts Tony should NOT buy his Mom this for Mothers' Day.]

New Rule Makes Coaches Drool… CBS Sports’ Jon Rothstein writes, "The NCAA’s new rules allow teams to practice [starting in June for up two hours each week] once kids are enrolled in summer school. That should do wonders for off-season development."

The Call of the Wild… CBS' Jon Rothstein also is hearing that "NC State is going to be tough to beat for the services of Friends Central consensus Top 25 forward Amile Jefferson, who is set to announce his college decision next week.

Sporting News quotes Jefferson saying, "I definitely didn’t think it would take me this long, but it’s been a great process and I’m honored that these schools would stick with me so long." Jefferson has long considered NC State and Duke the frontrunners. Kentucky is making a late push. He also lists Ohio State and Villanova as options, too. "I know he’s more concerned about the system of play," said Jefferson's high school coach, Jason Polykoff "How does it fit him?"

Keep your friends close, but your enemies closer… ESPN’s Dana O’Neil, writes, "we are coming off a Final Four where as much was made about the rift between Rick Pitino and John Calipari as the X's and O's battle between Louisville and Kentucky. It's not so easy [for college coaches] to be friendly anymore. There's just too much at stake. Friendships and relationships still exist, particularly among the generation that came up in the 1970s. "I think guys like Bill Self, Jay Wright, Tom Izzo and me were brought up by those old-school guys," Notre Dame Coach Mike Brey said. "The next generation of guys ... I'm not so sure. There's such a ruthless charge to move up in the business and the money is so big now, so I'd question whether friendships are as strong with them."

Free JayVaughn…As first reported yesterday by Brian, Carl Hessler of the JournalRegister separately reports that "JayVaughn Pinkston appeared in court Thursday but nothing was settled in the case where he’s accused of assaulting another [Villanova student] during a 2010 off-campus party in Upper Merion. Pinkston, through his defense lawyer James Famiglio, requested in Montgomery County Court that action on his case be postponed again because he is still being considered for admission to a special probationary program. It’s the third time the case has been postponed at the request of the defense, according to court records. Pinkston remains free on $2,500 unsecured bail while he awaits trial. He could face a possible maximum sentence of one-to-two years in jail."

Best in the Big Show… Andrew Sweat of Yahoo Sports writes, "Villanova University has one of the most successful men's basketball programs in NCAA history. The Wildcats have reached the NCAA Tournament 32 times, advancing to the Final Four on four occasions, including the 1985 national championship." Which Wildcats does Mr. Sweat think went on to have the best NBA careers? Here’s his list by statistical category:

Garcia to ‘Bama’s Bench: The University of Alabama announced that former ‘Nova women’s basketball star, Clarisse Garcia, has joined the Alabama staff as assistant women's basketball coach. "Garcia previously served as the head coach at Palm Beach Atlantic University, an NCAA Division II institution in West Palm Beach. Prior to Palm Beach Atlantic, Garcia spent one season as the top assistant and recruiting coordinator at Stetson University. Garcia graduated from Villanova in 2007. Throughout her four-year career with the Wildcats women's basketball team, she was a three-time BIG EAST All-Academic Team member and captain her senior season, leading the Wildcats advance to the NCAA Tournament in 2004 and the Women's NIT in 2005 and 2006."

Latest Wisdom from BleacherReport… Josh Schoch published his list of the most important recruits in the history of college basketball. Coming in at #13 is Villanova’s Ed Pinckey (1981-85). About Easy Ed, Mr. Schoch writes, "Standing at 6'9" and just 195 pounds, Pinckney was not a powerful forward, but he was versatile, and created mismatches. An All-American in 1983, Pinckney led Villanova to four NCAA tournaments, three Elite Eights and the school's only NCAA tournament Championship. Pinckney led Nova to one of the biggest upsets in college basketball history, [defeating Georgetown for the 1985 NCAA Championship], and the No. 8 seeded Wildcats remain the lowest seed to win it all. [Editor’s Note: Who was #1 you ask? Lew Alcindor (aka Kareem Abdul Jabbar). No argument there. A couple notables not on Mr. Schoch's list: Georgetown’s Patrick Ewing, North Carolina’s Michael Jordan, Indiana State’s Larry Bird, and Villanova’s Howard Porter. Your turn G-Drizzle.]

Look Back At The Play of ‘Nova’s Targets at the Mary Kline Classic … Alex Schiffer of NBE Basketball writes, "One of the hottest names from the previous two weekends in the April open evaluation period in the Class of 2013 in NYC native Jermaine Lawrence of Pope John XXIII in Sparta (NJ). The 6-foot-9 PF Lawrence scored a game-high 27 points in the underclassman contest of the Mary Kline Classic, earning one of the two MVP honors. "Cincinnati, Rutgers, St. John’s, UCLA [and] Florida have been looking at me, Miami as well," said Lawrence. "UConn and Villanova programs are among the new schools quickly entering the mix following his April performances."

Just Keeping the Seat Warm… Associate Press reports that The Big East's interim commissioner, Joseph Bailey III, said he does not want the Commissioner job permanently and believes it will take about three to four months for the conference to find a replacement. In the meantime, he said he's seen no split between football and basketball schools, and said the Conference is working to dispel any perception that it is unraveling following the ouster of John Marinatto, who resigned this week amid pressure from Big East presidents. "I can tell you just from being in the meetings that I've been in, it's not at all. It's a very cohesive, very focused group. [Editor's Note: if you want to go on believing that, do not read the next paragraph."

I Love the Smell of Napalm in the Morning ... ESPN’s Andy Katz writes, "Whoever ends up landing the new Commissioner gig will inherit quite a mess. Among the many issues facing the Conference, "there remains a desire among some member schools to leave. Multiple sources with direct knowledge of their situations told ESPN.com that Louisville athletic director Tom Jurich told the Big East board of directors that the Cardinals want to be in the Big 12 or the ACC, opting for transparency by making members aware of his school's true intentions. Connecticut, meanwhile, states publicly that it wants to stay in the Big East, though a number of UConn sources have said privately that they want to be in the ACC with Notre Dame. The Irish have so far publicly remained committed to independence in football and the Big East in all other sports." [Regarding football vs. basketball schools, "there is no movement to orchestrate a split. The most powerful basketball-centric university in the Big East is Georgetown and the Hoyas aren't interested in splitting up the league. Basketball can survive and flourish with Louisville, UConn, Notre Dame, Georgetown, Villanova, St. John's, Marquette, Cincinnati, Memphis and Temple anchoring the league. But take Louisville and Connecticut out, and, according to the Big East source, "the whole thing implodes. Then the basketball schools will be reactive, rather than proactive."

Where Did We Go Wrong? Writes ESPN’s Andrea Adelson, "Was it shortsighted presidents who got the Big East into this mess? Or was it a fundamental lack of leadership and vision from the man in charge to get everybody to buy in? The schism between basketball and football members has always been there, but what has become increasingly evident is that Marinatto was powerless to stop the growing gap. Marinatto couldn't reconcile the differences among the Big East's football and basketball schools."