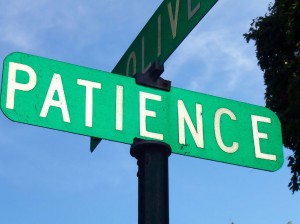 Villanova’s Board of Trustees was just days away from officially voting to approve a plan to withdraw football from the CAA, upgrade the program to FBS and join the Big East. Administrators did not hide the fact that the Big East pulled the rug out from underneath that plan at the last minute. The school had been invited once before and it seems that they never considered the possibility that conference-mates would potentially reconsider.

Villanova wanted to play Bowl Subdivision football, but how badly?

According to sources, the feasibility study that the school conducted never even bothered to plug in numbers for other conferences than the Big East. While certain assumptions could be made about big-money power conferences, the invitation would not be coming from anywhere above the Big East on the college football food chain.

Fans talked extensively about ‘protecting basketball,’ and that might have played in to the thought process, but it wasn’t a major concern. It wasn’t about money either — Villanova football was not projected to be any more profitable in the Big East than in the CAA, for practical purposes, the athletic department was expected to spend more money, make more money and end up with just about the same financial loss every year.

The biggest factor is that a move to the Big East was a good fit with the university’s strategic plan.

When Fr. Peter Donohue took over the presidency of Villanova University in 2006, his goal was to grow the school — not necessarily in enrollment, but in academic prestige, profile, and recognition. He wanted his presidency to take the school from regional powerhouse to national university.

A move to the Big East in football would have meant a dramatic change in Villanova’s profile as a university and would have garnered more national recognition for the school. Basketball accomplishes that on a regional level, and achievements like reaching the Final Four can put the university brand out to a larger base, but neither can consistently build brand recognition for a school like playing football on a major stage.

What has been going on since then?

The university didn’t suddenly decide that Big East football was a bad idea after the three-school group jammed the brakes on the upgrade express. Administrators initially were working with the conference to resolve the issues that were being used to block Villanova’s admission, but when Syracuse and Pittsburgh announced that they would join the ACC in September 2011, the Villanova football was essentially shelved.
The commissioner had bigger problems to deal with and the conference schools were in panic-mode, working to secure their own future first and the Big East’s viability second. Inviting Villanova to play football wasn’t the public relations coup or the quick fix that the conference was looking for.

Villanova tried to make some noise initially, but the Wildcats were worried about the conference as well.

There was no real movement on Villanova football for most of the academic year, but West Virginia’s hasty exit from the conference set a course that would get the Wildcats back into the picture. Down to seven teams for the 2012 football season, the Big East would have to add a school to start immediately, and of the willing partners for such a move, the football schools preferred Temple.

Temple didn’t have the support of some of the basketball schools, but given the circumstances, it would have been difficult for that opposition to hold them out unless a better option arose. That light opposition was enough for the Wildcats to get football back into the discussion, if only a little bit. The conference agreed to offer financial support for the Villanova football program, which had been raising money, much of it for facilities upgrades, since the football discussion began. They also received a promise that there would be no entry fees to join the Big East conference if a move was made within the next three years.

What the Wildcats did not receive was a guarantee that their program would actually be admitted within that span.

We have reported that Villanova has not seriously explored its options to place football in an FBS conference outside of the Big East. Some internal "watercooler" discussion may have occurred within the walls of Jake Nevin Fieldhouse, but no numbers have been crunched and no serious discussions with conference officials have apparently been had.

The Wildcats are waiting.

Waiting for the Big East to be ready for a 14th member, or more-likely a 16th member. Waiting for the next conference television contract to be negotiated and for the BCS to determine what their 4-team playoff proposal will look like — and how the revenue would be distributed.

Right now, the Big East has a seat at the power table, but the BCS is changing and so is college football. The place for the Big East in the new system has yet to be determined and it seems that both the conference and Villanova administrators are content to take a wait-and-see approach.

There are other FCS schools waiting for an invitation to move up. Liberty University announced recently that they would be seeking an invitation. Appalachian State has also declared its intentions to move up. The only difference is that those schools aren’t shooting for the stars like ‘Nova — the Wildcats don’t want to start at the bottom, it seems.

The NCAA had instituted a 4-year moratorium on programs moving from FCS (I-AA) to FBS (I-A) that ended in the fall. The stated purpose of the moratorium was to ‘study the effects’ of those moves. The end of the moratorium has seen a flurry of activity as schools that have been eyeing the Bowl Subdivision during that time have solicited and received invitations to move.

Schools are no-longer allowed to move up to the Bowl Subdivision without an invitation to join a bona fide FBS conference.

According to at least one report, however, the moratorium may be coming back. CBS Sports’ Tony Barnhardt noted in his survey of the FCS landscape that there is a belief that not only will the moratorium return, but that it could be a decade long when it does.

"For me personally, it [a possible moratorium] created a major sense of urgency," ODU athletic director Wood Selig told the Daily Press of Hampton Roads, Virginia about his school's decision to move up.

In other words, if you don’t move soon, it may be a long time before there is another chance, and with the landscape changing rapidly, the conference cannot be assured that there will be a seat open at the table when that chance arises.

Villanova’s time is running out. Conferences cannot expand indefinitely and the option to move to FBS won’t always be there.

There are no guarantees on the table. Villanova could be offered an invitation by the Big East in the Fall, or they could be offered that invitation never. By the time that determination is made, realignment could be back in hibernation, with leagues as big as they are going to be.

Villanova received a nominal amount of money from the Big East, but it does not appear that there were any promises. Without a guarantee that the league would have room for the other Philadelphia school’s football team in the future, it would have been prudent to more thoroughly explore the possibility of a move for football outside of the Big East.

One concern that Villanova’s decision-makers have is that such a move might have a negative impact on the school’s other sports. If the Big East were to balk at Villanova playing football in another FBS conference (and the conference bylaws suggest that Nova would require the Big East to waive the requirement to play all its sports in the conference (where available). Waivers have been granted — Notre Dame has one — but to request a waiver before the Big East has given a final answer on membership might cause some strife.

That said, Louisville’s place in the Big East has not been seriously compromised by their now-public proclamations that they would seek an invitation to the Big 12 or ACC if either conference were to offer one. Conference relationships are about money more than pride and it is easy enough to get past any perceived slight when the national television networks are paying out.

If Villanova is serious about football, the next step is to finish the feasibility study, by re-engaging consultants and/or attorneys to determine whether the school has other options to become an FBS institution. School leaders talk about not wanting to bankrupt the school, but you cannot determine that an option is not financially possible until you have actually looked into it.

That doesn’t mean more surveys, it means an honest look at school and conference finances in other conferences and an in-depth look at the Big East bylaws and any other governing documents to determine what, exactly, must be done to make a move.

If the Big East is willing to add Villanova football before the NCAA shuts down the upgrade process again, it would seem likely that the Wildcats would commit to a move.

Television money is a factor, but despite some doubts from observers, it certainly seems that the money will be there when negotiations begin in earnest this fall. Both Fox and NBC made presentations to conference officials this morning on the first day of Big East meetings with ESPN waiting their turn to present as well. There will be multiple bidders for the conference, which means a competitive deal should be possible.

The BCS is another factor. Automatic qualification will become a thing of the past, but in order to gain support for a system that could marginalize most schools, the four biggest conferences in college football may have to make the new system a lucrative one for conferences like the Big East. How that will work remains in question, and it will be a little longer before we have a clear picture.

If Villanova is being proactive and reactive at the same time. The proactive is a plan to invest in football facilities that would be needed to make a move or to be among the top programs in FCS. The reactive aspect is the rest — the waiting.

Being reactive rather than proactive about football is where the university’s leaders are taking a massive risk. That risk could result in a big reward, a fast-forward into what will be the 6th-best football conference after this round of realignment and no negative impact on any other sport. It could also result in a football program stuck in the second-class and continued impotence in conference realignment.

Being proactive could result in accepting an offer to join a "lesser conference" in football. It could also result in a change of circumstances for basketball. It could also present Villanova as a more serious option for football, and would start the wheels rolling on a process that could give Villanova more options down the line. The ACC, Big 12, Big Ten, Pac 12 and SEC, if they are going to expand again, will do so by adding schools that are already at the FBS level. Even the Sun Belt has expressed a preference for current FBS schools.

The Big East is no different — Villanova was only getting consideration because of it’s position as a current member in 22 other sports. If Villanova had an FBS program, it would be a much stronger argument to be included.

Ultimately, it isn’t an easy call, but Villanova should be exploring all options, if for no other reason than to know what those options really are. You cannot make informed decisions without collecting all of the information.