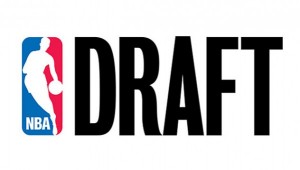 Maalik Wayns who has forfeited his final year of college eligibility to chase his dream of playing in the NBA has been participating in a number of workout camps where teams drill prospective signees.

Wayns, worked out for the 76ers on Monday after recently training with the Nets and spending time in Indianapolis. The Sixers asked the four players present at the pre-draft workout to perform drill in ball handing, shooting and various 1-on-1 situations. Each player also had an interview with Director of Player Personnel, Courtney Witt.

"Maalik is an unbelievable, energetic person that also is going to have a career in basketball," Witte told CSNPhily.com. "He exudes class and competitiveness and character."

The Sixers were also present at the Nets' event over the weekend, which featured more players and had a number of teams invited to observe.

"It was great," Wayns said about the workout. "My hometown team. My team I grew up watching. I’m a Sixers fan, so it’s like a dream come true. Just living the dream right now. Just getting to work out. Getting to meet guys like Mr. Thorn, Sonny Hill and Coach DiLeo."

The Philly Native led Villanova in scoring this past year averaging 17.6 points a game and dishing 4.6 assists. The NBA Draft is set for June 28th.

Wayns will also workout for the Los Angeles Clippers and Lakers this week. Villanova alumnus Randy Foye has played an important role for the Clippers this season as they shook off their perma-funk and made it to the second round of the NBA playoffs. The Lakers' star player, meanwhile, is a guard who came up through the Philadelphia-area high schools — Kobe Bryant — and they hired a Wildcat alum to their staff this season in J.J. Outlaw.