The WAC, an Eastern FBS Conference?

Share All sharing options for: The WAC, an Eastern FBS Conference? 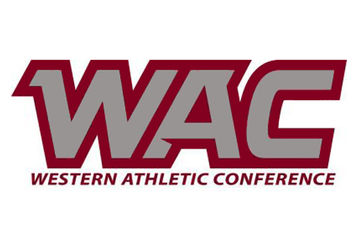 There has been talk of forming a new eastern football league for all of the FCS schools with FBS ambitions and nowhere to go for a while. Mostly it has been a fan fantasy, but recently the idea began to seep into reality as the New York Post reported that some eastern schools had been discussing ways to form a league that would allow them all to find a seat at the FBS table. We thought that the CAA Football conference could be that league, but what if the new "eastern" FBS conference is the Western Athletic Conference?

Sun Belt Conference commissioner Karl Benson told a radio host on 93.1 The Ticket in Boise, Idaho that his conference was done expanding for now, but that he had been taking calls from a number of eastern FCS schools hoping to upgrade. Those schools included Jacksonville State, Georgia Southern, Liberty and Appalachian State (though Benson indicated that there were other schools as well), and none of them are quite done with their FBS ambitions — Benson claims they will all explore joining the WAC now.

The WAC is struggling to stay alive as a viable conference, and especially as an FBS conference. They have just two FBS football members remaining in the league, Idaho and New Mexico State, and neither has any realistic options to play elsewhere. The only real option for western FCS schools at this point would appear to be the Big Sky conference and it is not believed that any of those schools has interest in moving up and joining a weakened WAC.

The eastern FCS schools have more money to play with, however, and a more urgent desire to play at the higher level of the game — they just need a conference to offer them the opportunity. While the old WAC would have been geographically difficult for those schools to handle, a new WAC with a largely eastern football membership would be far more palatable.

The NCAA has granted waivers and rule changes to help the WAC rebuild in the past, however, and it may be easier to gain those approvals if the FCS schools from the east coast were presented as a salvation plan for the beleaguered conference.

Liberty University has announced an intention, like Appalachian State, to move it's program up to the Bowl Subdivision, but like Appalachian State, they have been unable to find a conference willing to offer an invitation. Their athletic director Jeff Barber has suggested that the Virginia school would not turn down a conference just because it had members in New Mexico or Idaho.

"Liberty is a university that is national, national in scope, national in its destiny I believe and because of that we're not limiting ourselves to a geographic region of Virginia, Pennsylvania, whatever, North Carolina," he said in an interview with WSET. "We're willing and really would like to be in a national conference that would span all 50 states."

If the four schools mentioned were to join the WAC and make the move to the Bowl Subdivision, it would solve at least some scheduling problems for Idaho and New Mexico State. With just 6 football members, however, the WAC would need to court a few more schools in addition to the aforementioned four. James Madison and Delaware (or perhaps other CAA members) could become targets for their courtship.

At present, no additional eastern FCS schools have been publicly connected to the WAC talks, but there seem to have been more than four schools present at some reported meetings of eastern schools hoping to upgrade mentioned by Benson. If this WAC plan were to touch the CAA conference as well, the rebuilding of CAA football — which has to add at least one more member for 2013 — would potentially become an impossible task.