Even When You’re Sleeping, Keep Your Eyes Open … Pete Thamel of the New York Times, reporting from the Big East Conference meeting in Ponte Vedra Beach, writes, "If television producers wanted to cast the Big East Conference as a 1980s sitcom, the plot would revolve around a series of hastily arranged marriages constructed to avoid deportation. Jokes about the necessity for name tags filled the conference rooms. "The football schools and the basketball schools, the way they are now, have a great need for each other, which usually creates a good relationship," Jay Wright said. "We both need each other right now, and we both know it."

Mike Tranghese, the former Big East commissioner, recently suggested that the basketball schools take a long look at breaking away. What would the tipping point be for universities like Villanova, St. John’s and Georgetown to depart? "That’s a great question," Wright said. The departures of Louisville and UConn would probably expedite those discussions. Wright acknowledged that the next few months would be some of the most critical in the league’s history. "I think this time between now and the TV contract, all of us have to have our eyes open," he said." But Jay was a bit more positive on the future of the Big East when speaking with Iliana Romero of the Orlando Sentinel, saying "We've been through this so many times. I remember seven years ago when Miami, Boston College and Virginia Tech left, everybody thought that was going to be it. We thought we were done. And we wound up being better than ever. And so I really look at it the same way. It's going to be different, but it's going to be better and it's going to be exciting."

The More the Merrier (But Not Necessarily At The World’s Most Famous Arena) … NBC Connecticut reports, "The Big East conference's basketball coaches have endorsed a plan to have every [one of the conference’s 18 teams] compete in the postseason tournament starting with the 2013-14 season. The Orlando Sentinel reports that the "Big East is likely to accept the coaches’ request but there's still the issue of figuring out how to accommodate everyone. The Big East's contract with Madison Square Garden does not give the league access to the venue until Tuesday, so the conference would have to renegotiate its contract with the arena or hold the games at a nearby venue so that winners would be available to play in the full tournament the next day. Commenting on the expanded slate of 18 teams, Jay Wright said, "In the past, when we had more stability, you would go for what you thought was best for men's basketball or best for your school. Now everybody just says we have to do what's best for the whole conference." 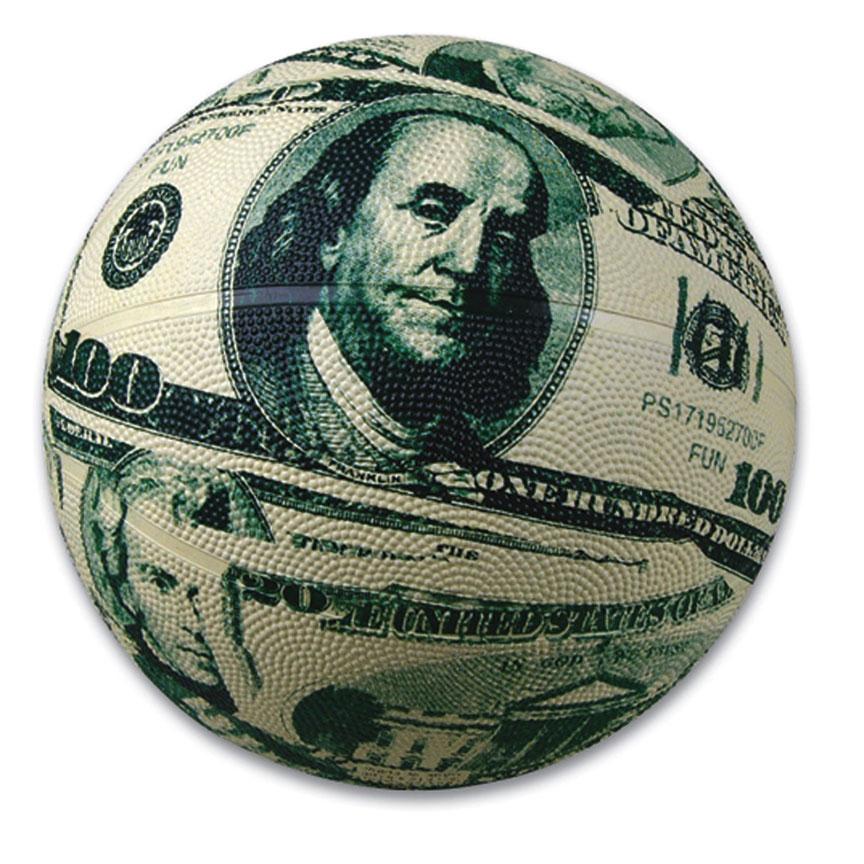 For The Love Of Money … Raphielle Johnson of NBC Sports writes, "Former president of CBS Sports Neil Pilson [believes] the Big East could end up getting more than the projected $130 million/year the conference turned down last year, [but] that’s not the consensus. Industry sources told CBSSports.com they expect the Big East to get much less — maybe as low as $50 million annually — because of the loss of West Virginia, Pittsburgh, Syracuse and TCU. And then there’s the possibility the Big East could lose two more of its biggest names — most likely Louisville, Connecticut or Rutgers — if the Big 12 expands and the ACC has to replace two schools. Current all sports members receive a paltry $3.125 million per year from the Big East’s current deal while the basketball schools get $1.5 million per year. According to McMurphy the football-only schools (Boise State, San Diego State and Navy right now) would only get $3 million per year."

About Next Year … Matt Norlander of CBS Sports writes, "The Big East again will be a very good -- but not dominant. Two teams, Louisville and Syracuse, are in our not-to-be-taken-lightly Top 25 (and one). They're top-10 teams. But no other Big East team resides there. Notre Dame, Marquette and Georgetown should finish 3, 4 and 5 in the Conference. Villanova's in this weird in-between state. The Wildcats should be better, but until I see them with an 18-5 record again, I'll remain pensive." [Editor's Note: If you are interested in picking up your own 'Nova Crystal Ball, check out Mike's 'Nova Gift Shop.] 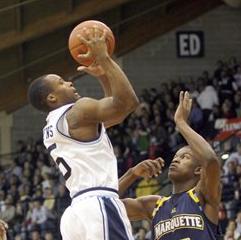 Lost and Found … Roger Bohn of SlamOnline writes, "Maalik Wayns looks to follow in the footsteps of another Philly-bred guard who went to ‘Nova and bounced to the League: Kyle Lowry. We had a chance to see Maalik’s workout debut at Impact after arriving in Vegas late the night before. The shifty bursts of explosiveness were unlike those of any other guard in the ball-handling drills. The area that appeared to be Wayns’ biggest liability during his college career (his outside jumper) actually turned out to be his biggest asset. There were three separate instances in which Wayns hit 10 consecutive NBA threes and he shot over 60 percent total by our count. Maalik is a guy who will surprise some teams with his explosiveness and new found ability to shoot the ball. Projected as a late second-round pick, he has the potential to make a GM look real good if drafted into a system that caters to his skill set."

Everything I’m Not … Rob Dauster of NBC Sports writes, The NBA has released their list of the 60 players invited to the Draft Combine in Chicago the weekend of June 7th and 8th. And while it is tough to nitpick with who was invited to the combine, it is easy to point out the notable names that will be watching from home with the rest of us. Perhaps the most notable name that won’t be invited to the combine is Renardo Sidney. Maalik Wayns and Dominic Cheek left Villanova with a year of eligibility remaining. Neither of them was invited." (Editor’s Note: One of every six players invited to the Draft Combine came from the Big East, including Jae Crowder and Darius Johnson-Odom (Marquette), Andre Drummond (UConn), Moe Harkless (St. John’s), Kevin Jones (West Virginia), Kris Joseph, Dion Waiters and Fab Melo (Syracuse), Jeremy Lamb (UConn), Henry Sims and Hollis Thompson (Georgetown). Click here for the full list of invitees.

On to the Next One ... Tom Firme of BleacherReport writes, "The Memphis Grizzlies will likely be contenders to reach the NBA Finals next season. They could help the cause by trying to trade one of three contract-year players - Tony Allen, Josh Selby and Dante Cunningham. With his modest role on the team, promising value and reasonable salary, Cunningham may very well be that guy."

Speaking of Moving On ... Jonathan Feigen of UltimateRockets.com writes, "Kyle Lowry does not believe he and Goran Dragic, his successor as the starting point guard this season, will both return to the roster next season. Lowry was even less confident he and Rockets coach Kevin McHale can successfully coexist."I don’t think so," Lowry, 26, said. "I honestly think it would be tough. Things have to be addressed. The situation would have to be addressed."If things aren’t addressed coaching-wise, I guess I have to be moved."But McHale did not believe the issues were too great for him and Lowry to work well together."

Viva Las Vegas …Sporting New reports that rising junior "Roscoe Smith, a freshman starter on UConn’s 2011 National Championship team, and one of several players to leave Connecticut in the wake of sanctions that'll keep the Huskies out of the 2013 NCAA Tournament, plans to transfer to UNLV, his father told CBS Sports on Friday. Even after signing Smith, Runnin' Rebels coach Dave Rice has one more scholarship available. According to the Las Vegas Sun, he's holding that spot open for former Villanova commit, Savon Goodman." Rick O’Brien of the Philadelphia Inquirer reports that "Goodman was one of two Philly area players (along with Maurice Watson of Boys' Latin) to be named to Parade magazine's 56th annual All-America boys' basketball team. Goodman led Constitution to a 23-9 and the program's first PIAA Class A state title, averaging 25.8 points, 14.2 rebounds, 2 blocks, and 2 steals." 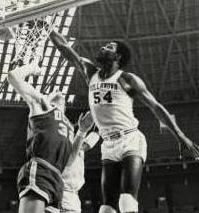 In Good Company …. Mark Snyder of the Detroit Free Press writes in an article discussing how the surprisingly large number of schools who have had Final Four appearances vacated have dealt with the fallout. The culprits include St. Joseph’s (1961), Villanova (1971), Western Kentucky (1971), UCLA (1980), Massachusetts (1996), Minnesota (1997), Ohio State (1999), and Memphis (1985 and 2008). About Villanova, he writes, "In 1971, star big man Howard Porter, who was named the NCAA tournament's most outstanding player, signed a professional contract in the middle of his senior year. Villanova vacated the NCAA title-game run and four NCAA tournament wins. Porter’s most outstanding player award was vacated. One of the priorities (current coach) Jay Wright made when he returned here in head coach in 2001 was to bolster the connection between all basketball alums and the program and the 1971 team is no exception. We created an annual golf outing/reception each summer where all of the alumni are welcomed back and the '71 group has been a big part of that. We often see former team members Chris Ford, Tom Ingelsby, Ed Hastings and Mike Daly at games or events. Howard Porter was honored twice here before his death in 2007. His jersey was retired in 1997, and he took part in those ceremonies. Then, in 2002, the '71 team, including Porter, returned and was honored at halftime of a game played on campus against UCLA. Villanova officials don't believe a 1971 banner ever hung at the school because the sanction came down before the next season, but that 1971 team is recognized in a small display of the other Final Four teams in the basketball practice facility."