National, but not TV — Mayors Cup on ESPN3

Share All sharing options for: National, but not TV — Mayors Cup on ESPN3 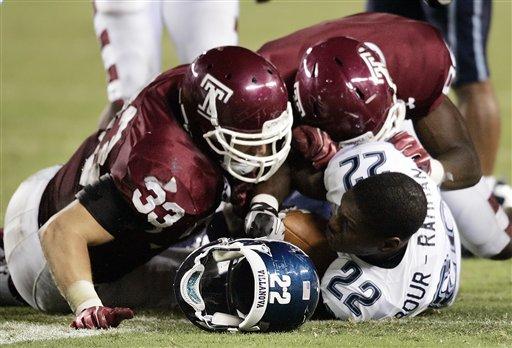 While Villanova football was not picked up by NBC Sports Network for their five national CAA football broadcasts this fall, at least one game will be available to view nationwide. The season opening Mayors Cup game against Temple University will be picked up again by ESPN3.com, the internet streaming video arm of the Worldwide Leader. That game will kick off on 7:00pm on Friday, August 31, from Lincoln Financial Field in Philadelphia.

It is the last installment of the 4-game contract that the two schools began in the 2009 season. Villanova leads the all-time football series against Temple, 16-14-2, having lost the last two meetings. The game will be sponsored by Dunkin Donuts.

Additional games will be chosen for television on regional Comcast cable networks.