Share All sharing options for: Arcidiacono cut by USA Basketball 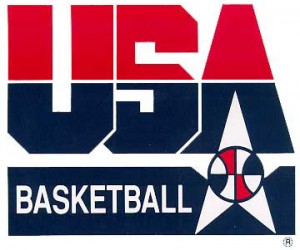 Ryan Arcidiacono's time at USA Basketball headquarters has come to a close and the recent high school graduate will now head to the Main Line to begin his college career. When the USA Basketball under-18 national team had to pare its roster down to 14, he didn't make the cut, but there was no shame in being sent home. A number of other elite prospects were sent home, including Andrew and Aaron Harrison, Troy Williams, Jabari Byrd, Robert Carter, Kris Dunn, Robert Upshaw, and Adam Woodbury.

The decision was made after five training sessions.

Team USA trials are not over for the 14 remaining players, however. Two more will be cut prior to June 12, when the team leaves for Sao Sebastiáo do Paraiso, Brazil and the 2012 FIBA Americas U18 Championship.

"This trials has been very difficult," Junior National Team Committee chairman Jim Boeheim stated. "You had 23 guys who all are really good players, there wasn’t a bad player here. To get down to 12 is going to be difficult but I think we’re going to end up with a really good athletic team that is going to be very well coached. I think we’ve got an unbelievable coaching staff. I think we’ve got guys that have won, been winners, won state championships, and I think they’ll represent USA Basketball extremely well in this tournament."

The team is being coached by University of Florida head coach Billy Donovan with Gonzaga's Mark Few and VCU's Shaka Smart serving as assistant coaches.

"I think it was very, very difficult for the committee to get this group narrowed down just because there were so many good players. I thought for the past three days their effort was great," remarked head coach Donovan.

Harrison's still on track to decide

Being cut from the USA U18 National Team hasn't affected the Harrison twins timeline for making a college choice. They are still planning to decide sometime around their 18th birthday, on October 20th, according to ZagsBlog.com. Andrew Harrison is considered the number-1 point guard recruit in the 2013 class, while his brother Aaron is a top-ranked combo/shooting guard.

"I [will] probably commit before my senior season starts to get that weight off my shoulders so I can play without that on my mind," Andrew Harrison told ZagsBlog.com.

The twins are considering five schools — Kentucky, Baylor, Villanova, Maryland and SMU. They visited SMU last month, but according to their father, their interest in the Mustangs isn't as high as the other four schools.