Happy Fathers' Day ... We wish all you fathers, soon-to-be-fathers and grandfathers a very happy day with your families.

"It is easier for a father to have children than for children to have a real father." ~ Pope John XXIII

Kennedy Definitely Out? ... Mike Kern of the Philadelphia Daily News reported on Thursday that Markus Kennedy seemingly had a change of heart about transferring from Villanova and has spoken with Jay Wright about remaining with the program. "Sources close to the situation have said they think Wright might consider taking Kennedy back, but that's as far as they'll speculate." However, CBS’s Jeff Goodman tweets, "Been told by a source that Markus Kennedy's days at 'Nova are definitely over. Schools under consideration include Fla, Ohio St, URI, BU, Georgia Tech and Auburn."

Goodman A Runnin' Rebel ... Taylor Bern of the Las Vegas Sun reports that former Villanova recruit, Savon Goodman has finally made his college choice. "Goodman "chose UNLV over SMU, which this off-season hired legendary coach Larry Brown. Goodman had been considering reclassifying to the class of 2013 — the same thing UNLV target Anthony January had done earlier this summer — but the pieces aligned for him to stay in his current class and he now becomes UNLV’s eighth newcomer for the 2012-13 season. Goodman would be a possible candidate to redshirt, but Coach Dave Rice has said he won't make any of those decisions until he gets closer to the season."

Softball Ace Heading to 'Nova ... Brian Kotloff of the Philadelphia Inquirer reports that Kate Poppe, who has committed to play softball for Villanova, was named The Inquirer's Southeastern Pennsylvania player of the year. "Her coach, Ron Savastio says the incredible righthander is one of the reasons he continues to coach at 79. He also says that he would pay to watch her pitch; that baseball players have asked him how anyone ever hits her; and that an opposing player once told him after a game, "That's the greatest pitcher I've ever faced." Or you could just look at the stat sheet: In 196 innings entering Friday's PIAA Class AAAA state final, she had a 24-4 record, 0.68 ERA, 71 hits allowed, 374 strikeouts, and 35 walks. She had posted 20 double-digit strikeout games, including nine in a row during one stretch and a season-high of 22 in 10 innings against West Chester East. At the plate, she hit .445 with four home runs." ~ Assist to Michael Anderson ‘15

...And the Most Underrated Nationally ... Doug Brodess of BleacherReport writes, Kentucky and UCLA received most of the hype and grabbed most of the spotlight this spring when they gained commitments from big-time prospects. But Calipari and Ben Howland were not the only coaches to score big in one of the most important aspects of college hoops." Villanova ranked #7 on Mr. Brodess’s ten most underrated recruiting classes. He writes, "this past year, Jay Wright's Wildcats missed post-season play for the first time in his 11 seasons at Villanova. Don't expect that to continue. Wright brought in a pair of choice prospects that will help turn things around right away. Watch out for PG Ryan Arcidiacono. He has great court vision, exceptional handles and a long-range jumper to match. Daniel Ochefu is a versatile 6'9" PF who can post up or face up with equal effectiveness." The two Big East teams who will be departing for the ACC in one year -- Syracuse and Pitt -- came in at #5 and #2 on the list. [Editor’s Note: ESPN ranks Arcidiacono the #6-ranked point guard and Ochefu the #12 ranked center in the 2012 class.]

Jamaica's Favorite Son ... Mike Sheridan of Nova Notebook writes that incoming men’s basketball transfer, Dylan Ennis, is "soaking up a unique basketball experience as he joins the Jamaican senior national team in Montego Bay ahead of its appearance later this month in a FIBA tournament in Puerto Rico. "This is a national team so you have a lot of experience on the team," he says. "I'll probably be the youngest guy on the team. But I'm also going to play hard and see what we can accomplish." Ennis takes comfort in the knowledge that he feels very much at ease in his new college role at Villanova and remains in frequent contact via text with his coaches and teammates. Of course, Ennis' addition won't be felt immediately on game days at Villanova. The guard, who retains three seasons of eligibility, is slated to sit out in accordance with NCAA transfer rules in 2012-13, though he will be able to practice on a daily basis."

Better Late Than Never ... As reported by VUHoops two weeks ago, the Chicago Tribune’s Sharron Ryan has awakened from her offseason slumber to report, "Illinois has hired Villanova’s Lon Record as the strength and conditioning coach for the men’s and women’s basketball programs. Record previously served as the strength and conditioning coach at Florida International for a year and six seasons working with the Notre Dame football, men's soccer, men's lacrosse and track teams."

Giving Back ... Rosemarie Ross of the Mercury reports that former Villanova star, Howard Brown '99, returns to his hometown of Pottstown to host the 12th annual Skoolz Classic this weekend at Pottstown High School. Brown, who plays professional basketball in Spain, started the Skoolz Classic a dozen years ago to benefit his Live the Dream Foundation that helps "young hometown players to live their own dreams ... go on to college, get a degree, and maybe even travel the world playing the game they love as Brown has done for 13 years. Besides professional basketball, Brown runs International Ballplayers United, Inc., which consults players who want to try and play professionally," he said. "We help players market themselves to the international basketball community. I’m not an agent, I’m a consultant helping them. It’s marketing, and it’s also skills teaching at the highest level."

Szczur Shelved ... The Press of Atlantic City reports that former Villanova two-sport star, Matt Szczur, was placed on the disabled list by the Daytona Cubs because of a strained knee. "Manager Brian Harper told the News-Journal the Cubs are just being cautious with the outfield prospect. Szczur missed six games in the Advanced Class A Florida State League. He last played May 31 against the Brevard County Manatees. He is hitting .267 in 48 games, and his 43 runs scored and 19 stolen bases both are tied for the league lead. The injury will force Szczur to miss the Advanced Class A Florida State League All-Star game Saturday in Port Charlotte. Szczur could be back in the lineup as early as Monday, when the Cubs open a three-game home series against the Tampa Yankees."

Big Five Crime Blotter ... Rob Dauster of NBC Sports writes, Khalif Wyatt, "the leading returning scorer for the Temple Owls, was one of 23 people arrested in Atlantic City in a prostitution sting. Wyatt was in Atlantic City this past weekend celebrating his 21st birthday. Soliciting a prostitute — and trying to run out of the hotel room when you realize you’re busted — is not a good thing and Wyatt will obviously have to deal with the legal consequences, but this also isn’t exactly armed robbery. Wyatt’s record is clean is the eyes of the courts, but that is not exactly the case in regards to Fran Dunphy, Temple’s head coach. Three times this past season, Wyatt was benched at the start of a game for showing up late to a team function. Only time will tell exactly what kind of punishment Dunphy will be handing down to Wyatt. What we’ve seen in similar situations in the past has been a suspension for a couple of preseason games."

We Could Use The Practice ... Daniel Martin of NBC Sports reports, "amid recent criticism about the overall power of the NCAA, a series of bylaw deregulations have benefitted coaches this spring, first allowing them to evaluate players on the amateur circuit, then to place unlimited phone calls to certain recruits, and now to work players out over the summer. Players are able to take part in eight hours of staff-supervised workouts per week, with no more than two of those hours based on skill instruction. The other six hours per week can be used for strength and conditioning.The NCAA caps the total length workout period at eight weeks, and players must be enrolled in summer classes to take part." 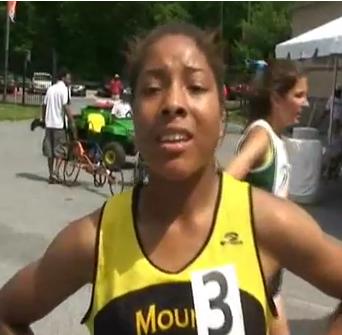 Track Recruiting Pipeline Remains Strong ... VillanovaRunning reports, that Villanova-bound "Harry Warnick, who won the New England indoor mile championship on March 2 set a new 3200 PR in his run-away win in the Connecticut State Championships, unleasing a monstrous kick to overcome a 50 meters deficit with 600 to go. Warnick would finish second (9:17.38) at the New England outdoor championships over the same distance 5 days later." Another Villanova-bound recruit, Michaela Wilkins, took the 400-800 Maryland State Double." She plans to specialize in the 400 and 800 at Villanova and is projected to be a serious contender for Team USA in the 2016 Olympic Games. ~ Assist to Brian Ewart

Igniting Change -- Will Radnor Play Ball? ... Alan Thomas of Mainline Media News reports that "Radnor Township’s upcoming Monday night Board of Commissioners meeting promises to bring Villanova University’s plan for housing 1,100 undergraduates, a parking structure for perhaps 2,400 cars and a performing arts center to Radnor center stage. Villanova has submitted a petition to the Radnor Board of Commissioners asking to amend the township zoning ordinance. According to the Radnor Township Web site, Monday will be the first time for the plan to be discussed by the commissioners. Last Thursday, Radnor’s planning commission heard Charley Schmehl of Urban Research and Development Corp. outline general issues that will need to be addressed, among them buffers, the public meeting process, traffic bridges, setbacks, noise control, parking, signs and lighting. Schmehl’s message advised the consideration of alternatives, compromise and balance, and flexibility in planning." ~ Assist to Brian Ewart

Aircraft Carrier Hoops ... ESPN’s Andy Katz reports "Florida will play Georgetown on a ship Nov. 9 off the coast of Jacksonville, Fla. The Florida-Georgetown matchup is the third game scheduled to be played on a naval ship Nov. 9, college basketball's opening day. All three involve a Big East team. Marquette will play Ohio State on a ship off the coast of Charleston, S.C., and Syracuse will take on San Diego State on the flight deck of a retired ship, the USS Midway, off the coast of San Diego. [Editor's Note: Why can't Villanova Navy ROTC get our team to play on a Navy ship?]