Share All sharing options for: Analyzing the Transfer Problem 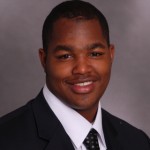 Players have always transferred, but the problem seems to have become much bigger in recent years, causing pundits everywhere to speculate over what might be causing the rash of transfers. A lot of people have placed the blame on the kids themselves, claiming they want to much too quick, or they're looking for an easy way out of a difficult situation instead of dealing with adversity.

That's a pretty common thread in the mostly-debunked Generation Y stereotyping that is out there. What we don't understand, must be a character flaw. As a society, we consistently criticize, ridicule and marginalize the younger generations.

That isn't to say that personality flaws aren't driving any of the transfer decisions we've seen recently. It is to say, that the answer is likely a lot more complex.

Other common targets include the outside influences of family members, handlers, agents and friends, getting in players ears and encouraging them to move on. Then there is the one-and-done rule, which is blamed for pushing kids to seek out instant-success rather than building and developing.

The Daily's Dan Wolken offered a different answer, that coaches ought to take the blame. Maybe college coaches, eager to close the deal on hot-commodity prospects, promise a little too much.

College athletes transfer for all kinds of reasons. Some get homesick. Some go to a school and feel like they don’t fit in, either athletically or culturally. Others have spent their entire adolescence transferring high schools and switching AAU teams when they encounter the first sign of adversity and want to do the same when they get to college.

But in nearly all of these situations, the problem starts with a disconnect between what the athlete expects before arriving on campus and the reality encountered once there. And more often than not, the source of that disconnect is in the recruiting process, when coaches will literally say anything — no matter how grandiose or untrue — to get a player’s commitment.

No matter what role a player will actually serve at the school, a coach will treat them like the most important piece in the recruiting class. Everyone is looking for a school that wants them, will feature them, and set them up to succeed -- promising 10 minutes off the bench per game for two years isn't a winning pitch when someone else can offer a key role.

That's not the only issue though, because star players transfer too, like Vermont's Four McGlynn. Those players were also subject to promises about one thing or another, that perhaps fell through. Maybe you promise a talented athlete that if he comes to your school, they will make 4 straight NCAA tournament runs and get massive exposure in March. Maybe you promise them that Vermont is more cosmopolitan than it's Maple Syrup-and-Mountains reputation.

Villanova's coaches promised Randy Foye that he would play point guard when they were recruiting him. It didn't take long for Foye to be moved off the ball, where he was asked to use his skills to score. Coaches will rarely tell a recruiting target that they cannot accommodate their wishes.

Whatever it is, Wolken has a point -- recruiting is a sales game, and coaches are salesmen on the recruiting circuit, they'll walk whatever thin lines they can if it will close a deal.

That's not the whole picture though. Coaches can promise whatever they like to recruits, but the decision isn't always in the hands of the player.

More often than not, someone other than the recruit is managing (micro-managing, really) their entire recruitment. The decision of which school to attend isn't really in the hands of the players at all in some cases.

During the April live period, I spent some time in a gym during an AAU tournament, watching games and talking to recruits, and I can offer two anecdotes from that.

One recruit was dominating games all weekend. His stock was exploding and he was accumulating media praise, comparisons to NBA stars and most importantly, the adoration of high-major college coaches. It was clear that this player was someone whose recruitment was heating up, so I approached him after the game to discuss which schools he was hearing from and where he stood in the process (covering the tournament for a different outlet).

The first thing this player did, was turn around and tell his mother that he was being asked for an interview. She came over and oversaw the interview -- she let him speak, but she was monitoring everything being asked and answered, and she had a few questions of her own. She was in control of his public persona and his college recruitment.

More notable, however, was the response of a supremely-talented young guard at the same tournament. He torched the team he was playing against in a second-round game, putting up a double-double and scoring a dump-truck-full of points.

When I asked him what schools were recruiting him, he replied, "Oh, I don't even know. You'll have to ask my dad [also AAU coach], he takes care of that." 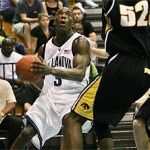 He had no idea what schools were interested in him since there was a middle man controlling the process. Having help sorting through the mail and phone calls is one thing, but being kept in the dark is a much different proposition.

What if a player never knew that their dream school had been an option because someone else was in charge of their recruitment and only presented them with more limited options? Does it happen? I cannot confirm that it does, but there are a lot of outside influences pushing and pulling recruits toward certain schools, and the danger for that to happen is real.

When a kid is pushed into the wrong situation, it shouldn't surprise anyone when they end up unhappy there. The pushing isn't just reserved for the elite recruits either, it is something that can affect almost any player fielding scholarship offers. It can lead to players going to a school and a program that aren't right for them -- and that can lead to a transfer.

To reiterate, there is no one answer that explains any and every one of the 445+ transfers among Division I college basketball programs. There are a myriad of problems that lead to these moves and some of them may never be solved.

Players like Tony Chennault will always be transferring back home when they need to be closer to family in poor health or crisis. Players will always be pushed out by coaches, as Rick Pitino has been criticized for doing, to make room for new recruits.

For the rest, the system has perhaps failed these kids by selling them promises that can't be kept, or taking control of their future out of their own hands.