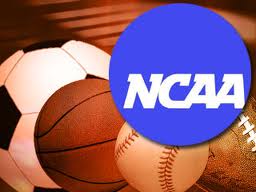 The NCAA released it's Academic Progress rating scores for all Division I schools for the 2010-11 academic year. That release obviously leads to the annual comparison of athletic program's academics and that mean's rankings. Villanova basketball performed well, scoring a 976 on a scale that goes to 1,000 and an 978 on the multi-year average over recent years.

If a program falls below 920 on the multi-year average, they will be subject to NCAA Penalties, including reduced practice time, or in extreme cases, a post-season ban (Connecticut will serve a postseason ban and a practice limitation in the coming season). All Big East men's and women's basketball programs made the NCAA's APR cut except for UConn.

Within the Big East, Villanova's 978 was good for 5th place. Women's basketball was tied for 2nd place in the Big East with a multi-year APR of 991.

In football, Villanova's FCS program clocked in with a solid score of 966, also well ahead of the NCAA's requirements. Their multi-year average clocks in at 980, however,