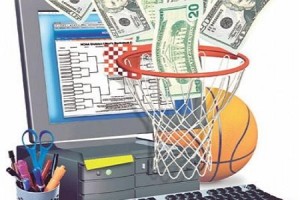 You won't be shocked to hear that Kentucky is among the bookie's favorites to win the 2013 basketball national championship. You may be a little bit surprised to learn that Louisville and Indiana are both given shorter odds by the sports-betting site Sportsbook.ag, however.

Indiana was given the best odds at the national title at +700, with Louisville right behind them at +800. Calipari's Wildcats were given a slightly-larger gap, checking in at +1200. Kentucky's stock apparently dropped on the site when they saw all of their top players enter the NBA Draft for a second consecutive year.

According to USA Today's report, however, the Sportsbook.ag bookmakers have set the pre-season odd on Villanova recovering from last season's disappointment and running all the way to the title at +10,000. In fact, the Wildcats are in good company, sharing that mark with 33 other schools whose championship hopes may be long.

Most-notable, the odds given included:

Covers.com, a website covering the gambling industry, has a more-extensive list of odds, going all the way to +50,000, where you will currently find Rutgers and Harvard -- in case you were wondering, that is lower than DePaul's odds at +30,000 and the odds for "field" (any school not listed) at +10,000.

I wouldn't advise anyone to burn their hard earned money betting on Villanova winning a national championship in 2013. The odds given are long for a reason, and the most-likely result of that bet is that you will never see your money again (which is really true for any pre-season bet on an NCAA hoops champion, regardless of odds).