Share All sharing options for: Week in Review Lite 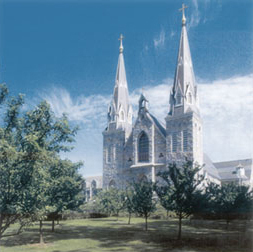 With Ed taking a personal day this weekend to attend a wedding, Week in Review duties fall on me to get done. His are some tough shoes to fill, but I am prepared to have a go at it.

This week was a pretty average one for Villanova news. The NBA draft was the headline basketball event for most, but Villanova's two entrants were not among the 60 players who heard their names called. There were discussions about a couple of NBA-alumni moving teams and some updates on international basketball and summer leagues . . . and of course, the Big East announced the home-and-away opponents for each school.

Here's what you missed on VUhoops:

Here's what you missed from around the web:

That's all folks. Hopefully Ed will return next weekend to retake his position as the Week in Review master.