Share All sharing options for: 2014 Recruits on the Radar

To kick off the July live recruiting period, which starts soon, The Recruit Scoop's Alex Kline took a look at some of the 2014 talent that stuck out at the WE-R1 Summer Classic this past weekend. Villanova may still be waiting to get a commitment from the 2013 class, but that hasn't stopped coaches from contacting and recruiting some of the top 2014 targets as well. 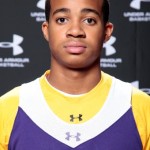 Maryland-based point guard Phil Booth has received significant interest from the Wildcats and are competing with Maryland and Georgetown for his services. According to theRecruitScoop:

Booth's development the next few years will determine just how good he can be. He has the ability to pass the ball to the open man, rebound and push the ball. Booth makes the most of a fast pace offense as he pushes the ball, gets into the lane, or can spot up for an open shot. While he can score here and there, Booth needs to improve on being a more aggressive player on the offensive side of the ball. 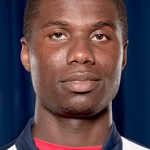 The Wildcats have also been in touch with Ben Bentil, a 6-8 combo forward from Ghana, who has settled in the U.S. and plays for St. Andrews in Delaware. Bentil is ranked in the Rivals top-50 players in his class and has shown good all-around defensive ability. His body is developing into a professional sized frame and Kline believes he has the athleticism to succeed at a high level. He will need to continue improving his offensive game, however, especially his jump shot and ability to play outside the post. 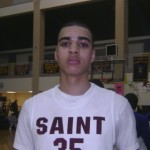 Another forward receiving interest from Villanova is Obi Enechionyia from Maryland, who has reportedly already visited the Main Line campus unofficially. He is was described by Kline as, "a rebounding and scoring machine," who was "aggressive on the boards and finished inside." According to the report, he relies on his mid-range game and will need to develop his post moves and defense at the next level. That said, it is believed that he will ultimately be a high-major player when he arrives on campus somewhere in 2014. 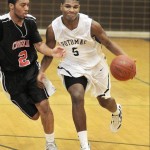 Finally, 6-3 shooting guard Dion Wiley of Potomac, Maryland has also been on the Villanova radar (though, like Enechionyia, he has not been offered yet). He has been one of the primary scorers for Team Takeover's U16 team as both a shooter and as a player who has demonstrated an ability to penetrate off the dribble. His footwork is an area for concern, but with offers in hand from Maryland, Georgetown and Rutgers, it seems that he is a prospect who will be in-demand at the high-major level.

The 2014 picture is starting to form for the Wildcats as the July open period shifts attention to the junior classes. The picture won't likely come into full focus, however, until the 2013 recruiting class becomes more clear. Until then, we can only speculate which direction Jay Wright's staff will head in.

See also: The Recruit Scoop report from the WE-R1 event.