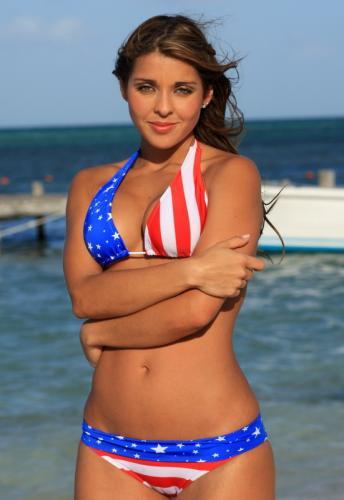 Reporting from the Jersey Shore .... Pity the poor VUHoops blogger, four months removed from meaningful basketball games and at the tail end of the Fourth of July vacation week, who is charged with recapping all the week's 'Nova sporting news. Add to that the low expectations for the upcoming season effectively have eliminated any discernible "buzz" about Villanova basketball. If that was not bad enough, consider that Brian already has scooped-up every morsel of Villanova news that's fit to print, with the surprisingly obvious exception of the implications of the Higgs Boson discovery on Villanova's prospects for upgrading its football program. Drawing confidence from the cold hard advertising truism that sex sells, I have resisted the temptation to rename this installment, "The Weak In Review," but beg the forgiveness of those of you who are brave (or bored) enough to read on.

Regrets, I've Had a Few ... Rob Dauster of NBC Sports counts Maalik Wayns and Dominic Cheek among his biggest losers from the NBA draft. He writes, "they entered the NBA Draft with collegiate eligibility remaining, and were not picked. They were far from the only underclassmen that went undrafted, but many others had extenuating circumstances that made returning to school nearly impossible. Wayns and Cheek has the talent to put together a long career as a pro ball players, but it is a shame to see them leave school without a degree when the riches of the NBA aren’t waiting." However, other big name players from the Big East were disappointed on draft day, including West Virginia’s Kevin Jones, who many thought deserved Big East Player of the Year Honors. Raphael Johnson of NBC Sports writes about Jones, "Have to wonder if the fact that Jones played power forward for much of his time in Morgantown hurt his draft prospects. But the fact remains that Jones averaged 19.9 points and 10.9 rebounds per game."

George Washington's Call to Arm[wood] ... Evan Jacoby of Rush The Court includes former Villanova player, Isaiah Armwood, among his "most impactful incoming transfers for next season." He writes, "Armwood flashed solid potential for Villanova but never fit in there in two seasons, so joins George Washington in the A-10, where he should play an important and immediate role." [Editor's Note: Armwood will play in the Nike Pro-City League in Washington this summer, which kicked off play on July 6.]

Szczur Fully Mended ... The Press of Atlantic City reports that former Villanova two-sport star, Matt Szczur, "went 1-for-3 with one double, one run, one RBI, one walk and one strikeout in the Daytona Cubs’ 5-3 loss to the Lakeland Flying Tigers on Sunday in the Advanced-A Florida State League. Szczur is batting .273 in 62 games. He went 0-for-4 with two strikeouts in a 5-2 loss to the Dunedin Blue Jays on Saturday. " [Editor’s Note: Matt missed seven games, including the Advanced Class A Florida State League All-Star game in mid-June, because of a strained knee. However, it appears that he is now fully mended. In addition to his .273 batting average (seventh-best on the team), he has an SLG% of .387 and OBP of .373]

Sweet Tweets ... Here's a recap of recent tweets from Jay Wright: "Great meetings with our staff as we plan for the busy month for July!" ... "Thrilled to hear about our own Andrew Sullivan named to the Great Britain 2012 Olympic team." ... Great to see old friends Kyle Lowry, Corey Fisher, Antonio Pena and Reggie Redding around the Davis Center so much this summer!" ... "On Monday, Maalik Wayns was back in the house at the Davis Center - once a Wildcat, always a Wildcat." 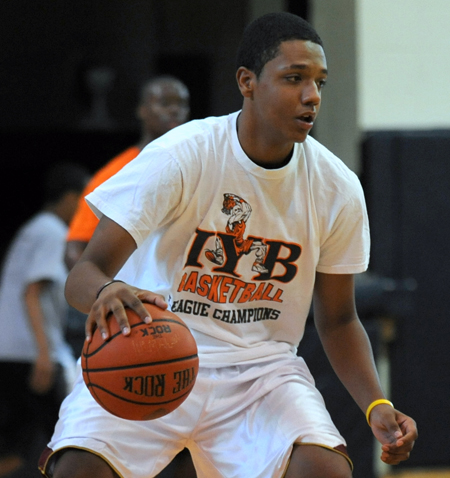 Bespoke Cure For All That Ails Us ... Patrick Villanova of The Jersey Journal (I kid you not) reports that Villanova target "small forward Reggie Cameron has received scholarship offers from a bevy of schools, including Florida and Miami. The 6-foot-7 Cameron said he hopes to cut his list of potential school down to five or six by the end of July. NBE Basketball writes, "the 6-foot-8, 220-pound forward is regarded as one of the elite shooters in the Class of 2013. He has only reinforced that belief on the Nike Elite Youth Basketball Circuit with the NJ Playaz this spring. In the 20-game EYBL regular season, Cameron drained 51% of his attempts from beyond the arc, going 58 of 114 on threes. He also shot 82% (41-50) from the foul line. Cameron is able to stretch the floor with elite perimeter shooting from the forward spot. His basketball IQ also stands out as he has excellent footwork and sees the floor very well. Cameron is constantly working on his quickness and agility to improve his overall game. At 6-foot-8 his size makes him a very difficult matchup. Miami was the first school to contact me," said Cameron. "Xavier, North Carolina State, Florida, North Carolina, Richmond, West Virginia, USC, Connecticut, Seton Hall, Clemson and Indiana have contacted me since the rule change." [Editor’s Note: As much as Cameron seems the perfect recruit, Villanova is not among the schools he frequently cites when talking about his top college suitors.]

Wanted: Elite Guard. Will Provide Free Room & Board .... The Duke Chronicle writes that Villanova target, Allerik Freeman, "is a versatile 6-foot-4 combo guard, who will play his final season of high school basketball at national power Findlay Prep. Freeman has shown flashes of being an elite scorer, but questions of his consistency have many scouts wary of him lately. The competitors: UCLA, Kansas, Villanova and Ohio State." Tristan Aird of the Las Vegas Review Journal reports that Freeman will be among the top high school and college players in the four-day LeBron James Skills Academy in Las Vegas this week, where they will receive instruction from James, Boston Celtics assistant coach Kevin Eastman, ESPN analysts Jay Bilas, Fran Fraschilla, and others. The event is not certified for college coaches to attend but is open to NBA scouts. Freeman is one of the nation's top undecided prospects."

Many Need Rysheed ... The Philadelphia Inquirer wrote that Villanova target and rising senior Rysheed Jordan is "regarded as the nation's 12th-best college prospect in the Class of 2013, according to Rivals.com. Jordan has scholarship offers from Temple, Syracuse, Kansas, Villanova, Maryland, St. Joe's, Virginia, La Salle, Virginia Tech, Drexel, Miami, Pittsburgh, Georgetown and Xavier among others."

Caesar fiddled while Rome burned; et tu Commissioner Baily? ... ESPN’s Andrea Adelson reports that "Big East interim commissioner Joe Bailey told ESPN.com on Friday he has no concerns about his league getting into high-level bowl games or the future four-team playoff despite access questions that have cropped up this week. The recent news that the ACC has renewed its partnership with the Discover Orange Bowl means the Big East remains the only conference among the current top six without a tie-in to one of the high-level bowl games when the new system begins in 2014. As it stands, the Big East gains automatic entry into the BCS as an at-large team."

Titans Pitch Tacos .... NBC Sports’ Ron Dauster reports that Bobby Knight, Rick Pitino and John Thompson Jr, all hall of fame coaches, got together to film a commercial for Taco Bell. "Knight and Thompson were in the living room of a seven-foot recruit, arguing over whether to supply the player with illicit soft tacos or crunchy tacos when Pitino shows up with a double decker taco, which is made with both soft and crunchy shells." 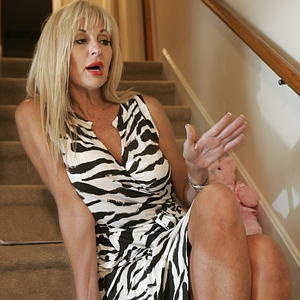 Oral Arguments Fail Again ... NBC Sports Daniel Martin reports that "A federal appeals court has upheld the conviction of Karen Sypher (pictured right), the woman serving more than seven years in prison for attempting to extort Louisville head men’s basketball coach Rick Pitino. Sypher was convicted in February on charges that she "demanded a house, cars and cash from Pitino in exchange for her silence on allegations that he raped her twice in 2003," according to the Courier-Journal. Sypher is serving time in Florida and will not be eligible for release until 2017."

Sully Speaks on Team GB ... The video below was posted to YouTube from a Team GB training session, as the British get ready for their Olympic basketball debut. The expectations are low for the host team, but Villanova alumnus, Andrew Sullivan seems proud to represent his homeland in the international contest.