It's not unusual to play a Canadian school

Share All sharing options for: It's not unusual to play a Canadian school 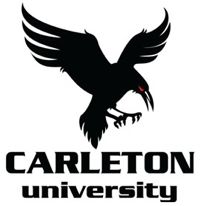 Ottawa's Carleton University will travel to Philadelphia this fall to continue their "Cross-Border Battles" with NCAA Division 1 schools. Their men's basketball program will take on a total of eight American opponents this fall as they prepare for their own 2012-13 season. The Carleton Ravens have won the last eight Canadian Interuniversity Sport national championships and are hopeful of achieving a record-breaking ninth in a row.

Four of those games will be on the road in the United States, including a November 3 date with the Villanova Wildcats in Philadelphia. They will also take on the La Salle Explorers a day earlier.

It won't be the first meeting between Villanova and Carleton on November 3. The Wildcats also played the Ravens prior to the 2007-08 basketball season, when the program travelled to Canada. The 'Cats won that meeting 61-46 and they also faced a team of Carleton All-Stars, winning that game 77-62. They would go on to win the Canadian national title that season.

Carleton will also take on Buffalo, UNLV, Boston University, Northeastern, and Boston College as well, before ending their exhibition schedule against Villanova.

Villanova has not confirmed this report or released her schedule, so it is impossible to say how the university will handle this game, but based on the timing, it would appear likely that the Canadian champions will be the annual exhibition opponent at the Wells Fargo Center. It would be a slightly more high-profile opponent for that game, which has often been a team from NCAA Division II since it began.