Kennedy down to three

Share All sharing options for: Kennedy down to three 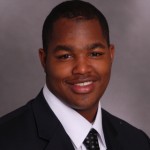 (Updated 7/19) According to ESPN's Dave Telep, Kennedy will transfer to SMU.

Markus Kennedy is getting closer to completing his transfer out of Villanova. His list of schools reportedly included SMU, Boston University, Georgia Tech, Florida, Ohio State and URI, but now he is down to just three schools — and one of them isn't on that list. The previously-reported group of six schools had reportedly shown interest in the big man, but he had not confirmed that he would visit or consider any of those schools; other than SMU and BU.

Well, SMU and BU are both in Kennedy's final three, but the rising sophomore told City of Basketball Love and OwlSports.com's Kami Mattio that his other finalist is the University of Tulsa. The Oklahoma-based Golden Hurricane are one of the remaining Conference USA programs, and have made impressive improvements to their athletic facilities in recent years. Their interest was added later in the process, but clearly they have Kennedy's attention.

Playing time was reportedly Kennedy's reason for transferring, and though he continued to talk to Villanova's staff for a time after announcing his intention, he could not be promised a more prominent role. He likely wouldn't have had any more prominent a place on the Georgia Tech, Florida or Ohio State teams. In Boston, Tulsa, or Dallas, however, Kennedy would have a chance to start.

Kennedy definitely seems to like SMU, however, and he would be connected to the familiar face of Larry Brown out in Dallas, as well as SMU video coordinator and former Nova graduate assistant, Jay Duncan. They have brand new facilities and would be a Big East school by the time that Kennedy is able to take the court again.