Sheila Reid to the Olympics!

Share All sharing options for: Sheila Reid to the Olympics! 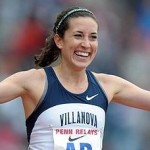 She may have had to appeal twice the decision of Athletics Canada to keep her off of their Olympic team, but Sheila Reid will ultimately represent her country at the 2012 London games. Athletics Canada announced this morning that Reid and four other athletes were 'nominated' to their 2012 team.

Sheila Reid submitted an appeal for Rising Star consideration based on winning the Canadian Track and Field Trials in the 5000-metres and having an Olympic B standard in the event. Sheila also has two Olympic B standards in the 1500-metres. Reid was the national champion in the 1500-metres in 2011 and is a five time NCAA champion demonstrating her ability to compete on demand in championship races. The National Team Committee was willing to nominate her in the 5000-metres pending a competitive readiness test which she successfully completed earlier this week.

In the meantime, as she prepares to head to London at the end of the month, Reid will be competing professionally in Europe. According to her Twitter account (@shewolfruns), she is currently in Belgium.

"I'm relieved and excited," Reid, a Capital One Academic All-American, told Villanova.com. "This season has been more challenging than ones in the past. I had my collegiate obligations while also trying to satisfy the Olympic standards. I feel like it would be hard to have everything and I was very disappointed in my collegiate season. This is nice way to kind of sum everything up, to know that all the hard work I did before this wasn't for nothing."

"I think anyone who knows me and knows the kind of racer I am, knows I race to win. When you kind of chase the times it makes it kind of a different race. I'm just excited because I know that now that I have made it to this stage, I know I can kind of do my best and just run for place instead of just time."

Villanova has been represented by athletes at every Summer Olympics since 1948.