Wali Jones to be inducted to local HOF

Share All sharing options for: Wali Jones to be inducted to local HOF 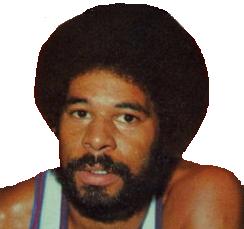 The Philadelphia Sports Hall of Fame might not be Cooperstown, Canton or Springfield, but it is a meaningful honor for those who are selected to be enshrined there. Wali Jones, a Villanova basketball legend and 2011 inductee to the VUhoops Hall of Fame, will join other Philadelphia sports notables, being enshrined at ceremonies to be held at the Sheraton Society Hill on Nov. 8.

"This is a real honor for me," Jones told Donald Hunt of the Philadelphia Tribune.

Jones played for Villanova from 1961-64, scoring 1,428 points and averaging 16.8 ppg in that span. He started every game in his three varsity seasons (freshmen were not allowed to play in his era), totaling 85 starts. He was named an All-American after his senior season in 1963-64 and was his jersey (No. 24) was retired at Villanova's Pavilion in 1995.

He helped the Wildcats reach two NCAA tournaments and made one appearance in the National Invitational Tournament (NIT).

After college, Jones went on to play in the NBA, drafted by the Baltimore Bullets as the 18th-overall selection. He was named to the NBA All-Rookie team after his initial season and was eventually traded to the Philadelphia 76ers, where he played for six season, winning an NBA championship in 1967. In his decade-long NBA career, he also played for the Detroit Pistons, Milwaukee Bucks and Utah Stars.

He was inducted into the Philadelphia Big 5 Hall of Fame in 1973.

While he was not present at a press conference announcing that he would be enshrined (former 'Nova teammate, Bill Melchionni attended in his place), he does plan to attend the ceremonies in November.