If the latest rumors are correct, CAA Football's northern contingent will look a lot like the America East. According to a report from Albany, NY NBC-affiliate, WNYT, Albany football is poised to move from the Northeast Conference (NEC) to the CAA for football-only in the 2013 season. Albany would fill a geographic hole in the northeast, between Maine, UNH and the rest of the conference, but the Great Danes football program would have to upgrade its scholarships to the full allotment of 63, allowed by the CAA.

Albany is coming off of a successful 2011 campaign where they won the NEC title and went to the playoffs, ultimately losing by a field goal to a strong Stony Brook team (ranked #22 in the nation).

Their athletic director later denied the rumor, stating, "We have not been offered any membership opportunity with the CAA. Conference affiliation is a shifting landscape that requires consultation and collaboration."

His statement, however, did not rule out that there were discussions with the CAA, who have also reportedly invited Davidson and College of Charleston as basketball members. The CAA's commissioner, Tom Yeager, reportedly made a call to the Southern Conference offices a few weeks back to inform them that he intended to have discussions with Davidson, Charleston and perhaps some other schools. 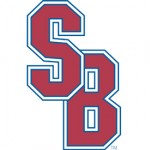 Yeager reportedly also made a visit to the campus of Stony Brook in the past week. The Seawolves reportedly would also join the CAA for football, or maybe for all-sports. As an up-and-coming program, they are expected to be among the best teams in the FCS subdivision this fall.

Stony Brook and Albany both participate in the America East conference in all sports except football, much like UNH and Maine. It seems likely that those CAA football members may have lobbied for those additions.

The SoCon, meanwhile, has been meeting and discussing how they would react to a potential CAA raid, according to the Chattanooga Times Free Press:

"I see the candid discussions that have been taking place the last three times we've met as productive, because you can't dance around certain issues," [SoCon Commissioner John] Iamarino said. "In the past maybe [the presidents] have avoided stepping on each other's toes, but the circumstances call for the kind of honesty and openness that we had today."

"We don't think any SoCon school at this moment has made a decision to leave us," [UT-Chattanooga chancellor Roger] Brown said, "and therefore the rest of us are sort of stuck with what our next move might be when and if someone does accept."

This story is still in rumor status, as nothing has been confirmed, but few solid facts have leaked out of the CAA as they look to rebuild from a number of football and all-sports departures. They have said that a resolution to this rebuilding project should be made public in the next few weeks and at least one football member will be added for the 2013 season to ensure that there are enough members to continue an 8-game schedule.

It is also possible that the CAA could pursue a 12-member football conference with northern and southern divisions, which had previously been the case. According to the CAA, the Rhode Island football program's status within the CAA had not yet been settled earlier in the summer. It appears possible that with the northern branch of the conference being rebuilt, that the Rams will opt to remain CAA football members instead of making a planned move to the NEC in 2013.

Update 8:30pm - Albany's assistant athletics director Kevin Galuski tweeted, "Ualbany Football moving to the CAA for football For the 2013 season. Big time football for the city of Albany." Not quite an official press release from the conference or school, but its coming from somebody pretty close to the top.

VUhoops still has not received direct confirmation on this story, however, based on third-party conversations we do believe that this is a credible rumor. We also believe that rumors of Rhode Island opting to stay in a newly reconstructed "north" division of the CAA are also credible, as well as rumors of the CAA courting schools currently in the Southern Conference, Appalachian State and Elon Universities in particular (for football).

This would seem like a mistake for Stony Brook, who have an opportunity to upgrade their level of competition in both major sports.