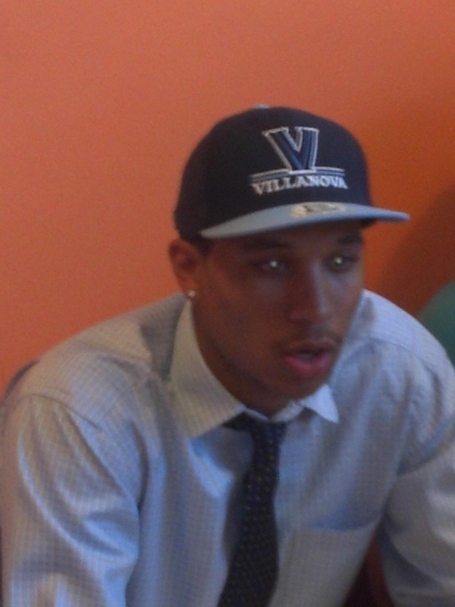 At 4:00pm, Josh Hart officially announced that he would play college basketball for Villanova, from a seat in the Franklin Tavern in Washington, D.C. He is the 87th-ranked player in the Rivals 150 recruiting rankings and is a consensus 4-star talent with size, strength and handle that will allow him to play multiple positions in college (though he considers himself a guard).

The Sidwell Friends senior joins Kris Jenkins, who is also from the Washington D.C. area, as a member of the Wildcats' 2013 recruiting class. Jenkins is a friend of his and had been working to get Hart on-board with Villanova.

Hart was considering a short-list of Villanova, Rutgers and Penn State prior to his commitment.