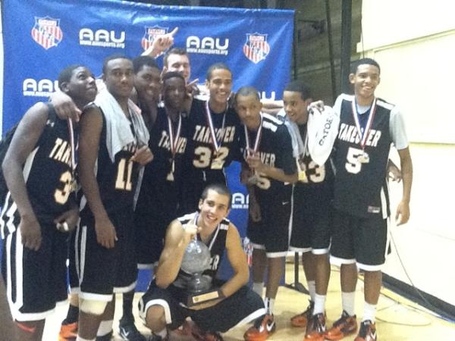 Not long after ESPN broke the story that Villanova assistant basketball coach Doug Martin's biography contained a false claim that he played Division I basketball at the University of Wisconsin- Green Bay, he has tendered his resignation to the university. According to earlier reports, the incorrect biographical information was brought to Jay Wright's attention by Friday afternoon and the situation was being handled by the human resources department.

By Saturday afternoon, Martin -- who could not be reached for comment -- opted to tender his resignation.

"I have always known Doug to be a good person and coach," stated Villanova head coach Jay Wright. "He has taken responsibility for his mistake and will move on successfully! We all wish Doug well."

Martin's resume stated that he had played for Coach Dick Bennett at the University of Wisconsin-Green Bay from 1991-1995 and had been a team captain. Neither was apparently true, though he did apparently play at Viterbo University, an NAIA school located in LaCrosse, Wisconsin during that period.

The news leaves a spot open on Villanova's bench for an assistant coach with Doug West apparently leaving the program. Jay Wright won't have much time to pick a new assistant, however, but may be able to fill the job with another high school or AAU coach in the meantime. If not, the job could be filled from within (even if only temporarily for this season), with staff members like George Halcovage (video coordinator), Baker Dunleavy (strength & conditioning) or Curtis Sumpter potentially being elevated. Another option might be Russell Wooten, who served as a walk-on player while at Villanova and stuck around last season as a graduate assistant while finishing his Masters in Public Administration.

It isn't clear whether or not the door is open for Doug West to return to the program as well.