Nova gets the Chills

Share All sharing options for: Nova gets the Chills 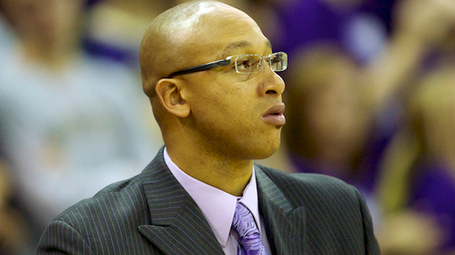 It's not official, but it's close; Raphael Chillious is poised to join Jay Wright's staff at Villanova as an assistant coach. Wright needed to hire a coach with recruiting connections that could help land some star power in the 2013 and 2014 classes. He also needed someone more established in the college ranks after his attempt to hire a coach out of an AAU powerhouse program ended in embarrassment for all involved.

As CBS's Jeff Goodman first noted two days ago, Wright was targeting Chillious at the beginning of the week. There was mutual interest, as the Washington assistant had deep connections to the northeast and to eastern Pennsylvania. Today, Washington announced that they had hired Brad Jackson of Western Washington as an assistant men's basketball coach -- who he was replacing was not made public by the school, but the combination of events lead Goodman to point to Chillious leaving for Nova.

Villanova won't announce any coaching hires until the appropriate paperwork has been processed by human resources, and that scrutiny may be even greater after recent events. Nonetheless, Chillious is ramping up to make a move to the Main Line, where he will be needed immediately on the recruiting trail, as the Wildcats pursue a bevy of high-level recruits, and specifically as they look for their first 2013 commitment.

Chillious first landed in the Pacific Northwest when he took a job with Nike, helping to run the highly-successful EYBL circuit of elite AAU basketball events for teams that are sponsored by the shoe and apparel manufacturer. That position put him in direct contact with the coaching staffs of every elite Nike AAU program in the country, a rolodex that he brings with him to the Main Line.

Prior to Nike, "Coach Chills" coached at prep schools in New England, specifically at South Kent and Nottingham Academy. He also had a stopover at the Canadian University of British Columbia.

Though this is not a direct line to any specific recruits as Doug Martin would have been, Chillious has a tremendous reputation as a recruiter. He takes pride in finding and recruiting talented basketball players and has a track record of sending players to the NBA, including a few who left directly from South Kent before the one-and-done rule was instituted.

Given the circumstances, it is impressive that Jay Wright could land a big time assistant coach so late in the summer. Chillious will immediately improve the coaching staff at Villanova, but fans shouldn't get too attached; Coach Chill is destined for a head coaching job eventually, but until that time comes, he will be an asset on the Pavilion bench.