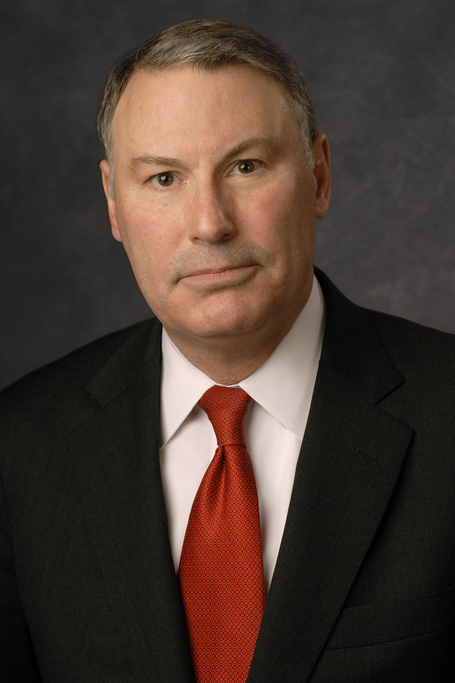 He might be the only one saying that about basketball rights in a football-first marketplace, but the value of basketball in the Big East is based on a brand built around the sport since 1979. While that brand takes a hit with the departures of Pitt, Syracuse, and West Virginia it is still ingrained in the minds of many.

The Big East tournament will continue to be a spectacle, located in the nation's biggest city and media market, swarming with reporters and television cameras, packed into the most famous arena in the world in the middle of the busiest island on this side of the Atlantic. To ensure that, the Big East has been working hard to extend its lease on Madison Square Garden for championship week.

Curently, the conference has a deal that gives them the run of the Garden for a week in early March every year until 2016. They are close to extending that deal for another 10 years, according to the New York Post, which would lock down the arena as Big East home turf until 2026.

That extension would blow up any hopes the ACC had expressed in moving their tournament to New York, even on a rotating basis. The Big East would have 13 more years to solidify it's brand at Madison Square Garden, which means that any ACC plan to come to New York in March wouldn't be very likely.

"I don't think there's any question that taking a look at New York and Madison Square Garden would be very appealing for Atlantic Coast Conference basketball fans -- and even more so now with even more teams in closer proximity," ACC commissioner John Swofford told reporters last year after adding Syracuse and Pittsburgh. "With that being the media center of the world, so to speak, we'd probably be remiss if we didn't think of it in those terms."

In the immediate aftermath of that move, most observers heard that remark and assumed that such a move was inevitable. With MSG locked up for the long-term, however, the ACC would have to look elsewhere if they were to move their tournament north. The Barclays Center in Brooklyn signed a deal recently with the Atlantic-10 that is slated to last for the next five years, but the Prudential Center in Newark, New Jersey might be available for them -- but is that worth it?

The President of MSG Sports, Scott O'Neil, is a Villanova graduate. In O'Neil's role at the company, he oversees oversee the business operations for MSG's three professional sports teams as well as all other sports events that MSG operates, including college and high school basketball, boxing, and track & field. O'Neil is likely playing some role in the conference's negotiations for the extension, since it would appear that the tournament would fall under his department.

For the Big East, staying at MSG provides a little bit of support to a basketball brand that has been among the nation's best in recent years. It also adds plenty of media cache that could boost the perceived value of the event for television. Especially with the conference considering the option of splitting its television rights between multiple outlets, the ability to lock down anything that could make an asset more valuable is important.

"The ACC doesn't get the deal it got without its basketball," said Aresco. "I don't think there's any doubt that the Big East and the ACC are the two best basketball conferences in the country."