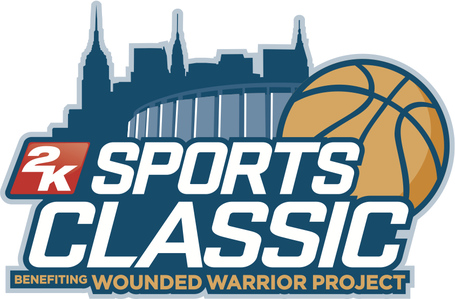 In 2010, Villanova ended the basketball pre-season with an exhibition game against Division-II University of the District of Columbia. In 2012, they will play UDC again, in a game that will count toward the Wildcats' record, thanks to the organizers of the 2012 2K Sports Classic benefiting Wounded Warrior Project.

Villanova is a regional round host for the event, meaning that the Pavilion will host games between the Wildcats and both UDC and Marshall. Villanova will advance to the semifinal round at Madison Square Garden regardless of the results of those games — they will face Purdue at that time and then play either the winner or loser of Alabama vs. Oregon State depending on the result.

Both UDC and Marshall will advance from the Pavilion to play a round-robin subregional round on the campus of Hofstra University.

The Wildcats open the early season "exempt" event against UDC on Friday, November 9th (time and TV have not been announced). The Firebirds feature the eldest Ennis brother, Brandon, a 6-4 guard from Ontario, Canada and the brother of Villanova's Dylan Ennis (who, sadly, will have to sit out the contest and this season per NCAA rules). Head coach Jeff Ruland has guided the Firebirds from a 1-20 season three years ago, to a 22-6 season and the team's first NCAA bid in 25 years last season. Ennis transferred in to UDC and will be part of their effort to replace the team's top three scorers from last year.

Marshall will provide Villanova will a difficult early-season test when they tip-off at the Pavilion on Sunday, November 11th (time and TV also TBA). The Thundering Herd went to the NIT for the first time in 24 years last season after recording a 21-14. They have won at least 21 games each of the last three seasons, and the program has high expectations for this season as well.

The rest of the bracket can be viewed here. 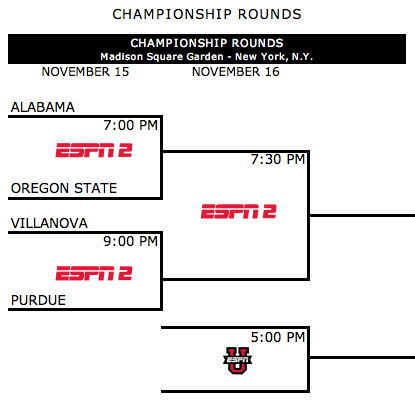