Catching up with the 'Cats: Season Outlook

Every Thursday we'll be rolling out a weekly recap of Wildcat's success in the NBA. This week, we take a look at the season outlook for each player.

Share All sharing options for: Catching up with the 'Cats: Season Outlook

Editor's Note: We're very pleased to welcome novanation63 on to our staff as a regular contributor. He's going to running a weekly rundown of the Villanova alumni in the NBA. You might see him writing other things as well. Don't be alarmed.

As the Villanova Wildcats and the rest of the NCAA get ready to lace up their sneakers for the start of the season, basketball fans get the chance to warm up their couches with the tip-off of the NBA this week. Part of Villanovaâs success on the recruiting trail will be determined by their playerâs perceived success in their professional careers. With this in mind, Iâll be rolling out a weekly installment in which we report on and track the progress of Villanovans in the League.

This week, weâll be looking at the season outlook for each Wildcat slated to appear on an NBA roster. Currently, there are four alumni making noise in the league: Randy Foye, Kyle Lowry, Dante Cunningham, and Maalik Wayns. 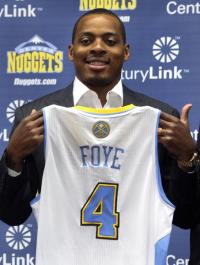 Anticipations were certainly high for the former All-American as Randy Foye entered the league. Selected 7th overall by the Boston Celtics, Foye was expected to utilize his all-around game and toughness to become a franchise cornerstone. Unfortunately, his career arc has followed a less impactful path.

Foye has become a journeyman of sorts; he has played on four teams over the past five seasons. This year heâll don the Denver Nuggets jersey. Foye has somewhat surprisingly become a sharpshooter, launching over five three-pointers a game last season at a 41% clip. Heâll most likely undertake a similar role for the Nuggets this year.

With his role clearly defined as a shooter, a successful season for Foye would be averaging around 10 ppg and 3 apg. Heâs slated to earn approximately $3 million a season for the next three years.

Another member of the 2006 draft class, Kyle Lowry, finds himself in a contract year. Despite averaging career highs in both assists and points during the 2011-2012 season, Lowry found himself shipped off to the Toronto Raptors after consistent bickering with his coach, Kevin McHale.

Lowry now must prove he is worthy of a high quality point guardâs salary. He will enter the campaign as the starting PG for a Toronoto Raptors team expected to compete for a low playoff seed in the Eastern Conference. He certainly has stepped up his off-season training regimen. If Lowry can provide defensive intensity and display a consistent ability to manage the offense, the season should be considered a success. He will earn just over $6 million this year.

The main force down low for the 2009 Final Four team, Cunningham has not disappointed in his young NBA career. Originally drafted 33rd overall by the Portland Trail Blazers, Dante will suit up for the Minnesota Timberwolves this season. The former Villanova Captain has found a niche as a versatile power forward that can guard both forward positions and provide a consistent jumper with range up 18 feet.

While his ceiling may have been reached as a pro, there will always be a role for players of his breed on NBA rosters. A successful season would have Cunningham providing defensive intensity off the bench and averaging around 10 ppg and 5 rpg. Plus, playing with Ricky Rubio can always lead to plays like this. He will earn slightly above $2 million this year. 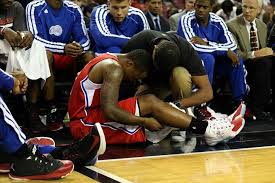 The most recent member of the Wildcats to join the ranks of the pros, Maalik Wayns starts the season in a precarious position. Maalik earned his way onto the Los Angeles Clippers roster after a short stint with the Philadelphia 76ers.

Expected to win the battle for the 3rd point guard spot behind Chris Paul and Darren Collison, Wayns received some disastrous news when he reportedly suffered a torn meniscus. If I remember correctly, this is the same knee that sidelined him for a couple of weeks during his final season at Villanova. Wayns is expected to miss around six weeks.

Fortunately for the 'Nova alumnus, he still finds himself on the Clippers roster entering the season. A speedy recovery is necessary for Maalik to improve upon his disappointing rookie campaign, where he posted a 1.8 PER rating. He will earn $788,872 this season on a one year deal.