I’m not someone who typically gets overly dramatic unless I’ve just finished a six pack of Mike’s Hard and a Nicolas Sparks novel. So I hope you won’t take it lightly when I say that this men’s basketball season may be one of the most important in our school’s history. Villanova and the new Big East are under a national microscope – we have to prove that this new league is still a basketball powerhouse with a large base of devoted fans.

That said, I come up with a few ideas that I think will help demonstrate on national television that Nova Nation really is one of the strongest student sections in the country. If our fans come out with the strong intensity they’ve been showing, plus mix in a few of these suggestions, I think our place among the elite in college basketball will stay secure.

One of the staples of the Big 5 basketball games is the roll-out posters that the student sections unveil throughout the game to taunt the opposing team. It’s like a chant directed at the other student section, but one that you can take a photo of to last a lifetime. I don’t think this should just be limited to Big 5 games though – any game where we want to show the opposing team we mean business, we need to stock up on butcher’s paper and blue paint and go to work.

"But wait, Villanova says we aren’t allowed to display signs in our student section." Yeah, thanks, freshman. Villanova also says you shouldn’t rip 3 shots of Vladimir Vodka and shotgun a Natty Light in your dorm before the game too, but that doesn’t stop half of the student section from doing that.

Now, that being said, if the student section is gonna roll out an awesome banner that will be confiscated by security 60 seconds later, it should be one that is the perfect balance of creative and insulting, without being overly offensive.

Boring, Uncreative, Been done before

One of the somewhat forgotten traditions of the Big 5 is that the student sections throw toilet paper onto the court if their team scores the first point. It’s kind of been forgotten because refs started calling technical fouls on the team whose students interrupted the game with a TP shower.

But that doesn’t mean it has to be forgotten. Students should still toss TP, just do it straight up in the air or at other students in your section. Sure, it might be lamer, but it’s impossible NOT to have fun while chucking butt tissues around.

I haven’t heard a lot of instances recently of Villanova students pranking other schools before big games. This used to be a HUGE part of maintaining rivalries between schools. Heck, Georgetown once stole our live wildcat mascot before a football game. I’m not saying that we should necessarily take these pranks to the level of kidnapping dangerous felines, but a harmless, good-spirited prank before an upcoming game could really help to add a little spice to the matchup. Here are my ideas of pranks for perennial rivals whose campuses are within ~2 hours of Nova:

- UPenn: Send groups of students to take tours of their campus, and continually ask questions referring to the school as "Penn State". Then ask why they didn’t get into Princeton. This will send at least 6 campus tour guides to a psyche ward.

- LaSalle: Don’t prank LaSalle’s campus. Have you SEEN the neighborhood it’s in? You’ll get shot.

- St. Joe’s: Not really a campus prank, but find someone who knows how to use a lasso and use it to lasso the Hawk mascot during the game. This will pin his arms to his side, causing him to stop his never-ending flapping and lose his full-ride scholarship

- Temple: Same thing as LaSalle. Geez, what is WRONG with Philly these days?

- St. John’s: Steal all their basketballs and hide them in Times Square because people who live in New York City HATE going to Times Square.

- Georgetown: To avenge the Count Villan’s kidnapping years ago, travel to Washington and kidnap their bulldog mascot. Blame Obamacare.

- Seton Hall: Meh, not really worth it.

2. Mix up the Distractions During Opponent’s Free Throws

At home in the Pavillion, Nova has one of the most intimidating second-half free throw shooting setups for the opposing team in the country. Our students are stacked on top of each other like 9 stories high and are all in the face of any opponent at the charity line.

However, I’ve never been a huge fan of our student section’s distraction while other teams are shooting. We just kind of randomly wave our arms around while going "OOOOOoooooOOOOOOoooooooo". It’s essentially the inflatable-arm-flailing-tube-man of distractions.

Here are a few variations that I think could really get in the shooter’s head:

a. Point and Laugh

College basketball players are used to being taunted and booed at by other teams’ fans. Most of them have become hardened to it, or even use it to motivate themselves. However, being laughed at by an entire student section, while the focus of the entire stadium is on them, could easily throw even the best players off or get to them at the core. There’s nothing that breaks people’s ego and spirit down more than being laughed at. If these guys are getting ready to hit an easy shot and suddenly are being pointed and laughed at by hundreds of their peers, even some of the most experienced players may not know what to expect. They may think there’s something wrong with the way they look, like they’ve got a stupid haircut or their wiener’s hanging out or something. I mean, just picture any time other people have laughed at you and you don’t know why. It’s the most frustrating and distracting thing in the world…and that’s the state of mind we want our opponents to be in when they shoot free throws. 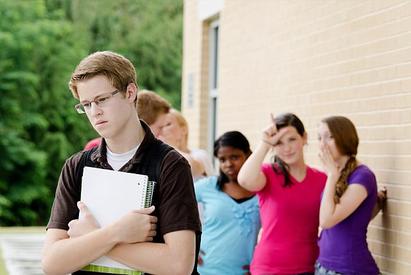 "I heard he’s never tried a Mike’s Hard Lemonade" "Yeah, and his wiener is hanging out."

This is a pretty cheap distraction that I think could have a really high rate of success. Everyone in the student section brings a pack of balloons with them to the game. When it’s free throw time, they inflate the balloon and wave it around to visually distract the player. Then, as the player is winding up to shoot the ball, everyone in the student section pops their balloon simultaneously. The visual distraction followed by the audible boom of hundreds of balloons popping at the same time should be enough to throw off even some of the game’s best shooters. Even if the shooter is expecting the balloons popping the next time around, the anticipation might still be enough to get in his head. If you’ve ever popped a balloon, you probably were still startled by the noise, even though you were expecting it. That’s what the opponent will have to go up against.

Soon, our opponents will hopefully be breaking down like Yvonne here:

Side note: Be sure to pick up all pieces of burst balloons afterwards, because toddlers and/or Communications majors might think they’re candy and choke on them.

a. Participate in Whiteouts

He bought the shirt, he wore it, and he’s cheering his goddamn heart out while everyone around him eats ice cream.

b. Don’t Wear Other Teams’ Gear

This is one of my personal pet peeves that I’m gonna soapbox about for a few moments. Look, we all have other teams we support outside of the Wildcats. I’d be surprised if anyone reading this site DIDN’T have at least one other baseball, football, basketball, or hockey team that they support outside of Villanova – maybe even something bizarre like a cricket, badminton, or soccer team.

However, the Villanova Student Section is not the place to show your allegiance to those teams. It is the place to show your undying support for Villanova. No one cares that you’re a Yankees, Red Sox, or Eagles fan – while you’re in the student section, leave those other fanbases behind, and come together as Wildcats. This is especially true for teams whose colors have nothing to do with Villanova’s blue and white. I can’t tell you how stupid it looks when we are playing a predominately red team like St. Joes, St. John’s, or Temple, and there are red Phillies hats sprinkled into our student section. We’re all Wildcats, so embrace that for the two and a half hours that are set aside to enforce that idea. 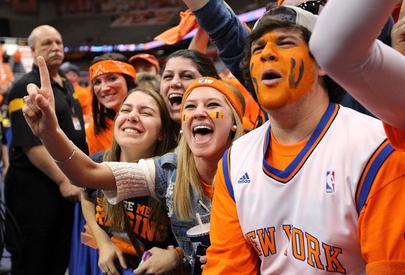 Look at how stupid this Cuse fan looks in a Knicks jersey. LOOK AT IT.

c. Don’t Wear Something Just to Stand Out on TV (UNLESS IT’S LUCKY)

For most of us, appearing in the student section is really the only opportunity we’ll get in our lives to appear on national television, unless we do something like rescue a toddler from a bear, or safely land a malfunctioning airplane. 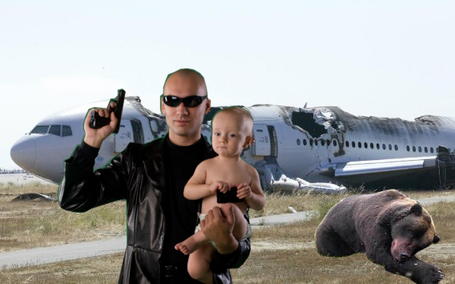 Or do both at the same time.

So, as much as it is tempting to stand out so that your grandma/high school friends can see you on TV, don’t do it to the point of taking away from the unity of the student section. Is your unique outfit blue and white? Great! Go nuts! Good examples I’ve seen of this in the past are the people who dress up as Cookie Monster or Blue Man. On the contrary, does your costume/outfit have nothing to do with our colors and will just ensure you stand out? Then leave it at home.

Don’t be this guy. For so many reasons.

HUGE Stipulation though: wear whatever you want as long as it’s lucky. I’m a huge believer in superstition and sometimes you just gonna go with what works. For example, my roommate senior year had this lucky sombrero he’d wear during every Nova game. Its luck led them to the Final Four that year – however, during the Final Four game against UNC, he had to go to his cousin’s Bar Mitzvah. He couldn’t get out of it, and the luck only worked if it was on HIS head. We tried to convince him to try to pull it off as a yarmulke, but it was a no-go…so Nova’s run ended there. To this day, I’m still convinced that we might have another national championship if he would’ve worn the sombrero that day. 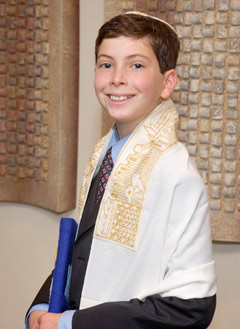 THANKS A LOT, ELI. HOPE BECOMING A MAN WAS WORTH DASHING MY DREAMS