As Villanova tries to figure out how to cheer for a good basketball team once again, the Student government has made an attempt to take the lead. Will their plan add to the atmosphere, or make Villanova students seem like boring plagiarists?

It seems like a lot of buzz is happening right now about school spirit. The basketball team is good, our university is improving and raising money (to the tune of $600 million), and this post by Shea Quinn generated a lot of interest. So why is this happening? People are actually proud of Villanova right now, and with good reason.

The funny thing is that none of the students know how to express that pride and excitement. It’s like a white guy who is really feeling the music but doesn't know how to dance. Students have always been good about volunteering on campus and showing pride that way, but this generation of Villanovans has not experienced a good basketball team. The closest we came was the 2010-2011 16-1 start.

First I need to link to a petition to teach the fight song and alma mater during Orientation. This is a painfully obvious practice that Villanova has failed to undertake. This needs to happen pronto. Please sign it, share it, and talk about it. And yes, this is relevant.

Now I’ll start to focus in. SGA sent out a cheer sheet to all the Delaware ticket winners. And, well… it’s horrible. Basically a couple SGA members got together and wrote down their favorite chants from high school. [Editor's note: and worse, other colleges]

Everyone knows these chants won’t catch on. I do applaud SGA for trying, because it is a step in the right direction. But they could have put in a little more time, effort, or brainpower. Here are my keys to doing this the right way:

Introduce the cheers at a good time 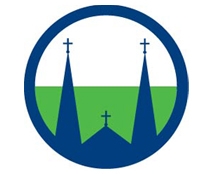 Organized chants only come to fruition if there is someone leading the crowd. That is why chants would be best introduced at Orientation or at Hoops Mania. If you had Jay Wright teach wide-eyed freshmen all at once during Orientation, they would scream every chant at the top of their lungs. Nearly all schools with big-time Athletics teaches chants during Orientation. Quite frankly I don’t think the student section will ever reach full potential without this implementation.

Quick example: At the Blue and White game, Jay Wright emphasized that he wanted the season ticket holder section to stand up and cheer when the team is introduced. They have been doing it without question this season.

As a side-note, I have asked Athletics and Orientation to do this, and they have both told me they don’t have time. Seems unlikely. We sat around plenty at both Orientation and Hoops Mania.

Read the sheet yourself. How many of those chants could only apply to Villanova? None. How many are original? None. In fact, some of those YouTube examples are HIGH SCHOOLS. We can do better than high schools.

Where are the "Jesus loves Nova" chants, "N-O-V-A," or anything remotely involving our character? Originality is difficult, but the students could come up with something new and good if they put their heads together. Let’s get players' names involved, and Coach Wright. Daniel Ochefu has 900 nicknames including Chef, Chief, Fu Fu, and Ocho. Use one of them. 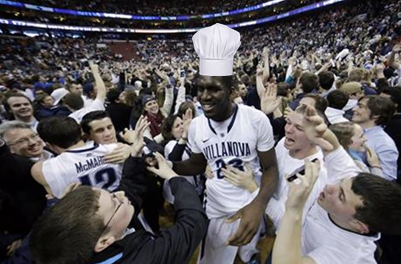 The instructions on the sheet are ambiguous. Students who don’t know exactly what to do probably won’t do anything. On opposing free throws, it actually says "Everyone starts with their hands on left or right side, then quickly waves them to the opposite side." They should have specified, "Start on your right, then move them left."

It's also difficult to have multiple actions for a single situation. There are three different things to do during opposing free-throws. How do we know when to do each one?

Another example: Michigan State starts their fake shot clock countdown "6, 5, 4…" when there are 10 seconds left on the shot clock in the first half. In the second half, they start "10, 9, 8…" when the clock hits 6 seconds. Very simple but specific.

Augustinian Army was close to this, but you need people in the stands who are actually going to lead. Designate some of the social leaders of the school to start these chants and songs. Or have the cheerleaders do something other than "Basket, Basket. Two points!" Gosh Phil O'Neill, that would be downright logical.

The majority of the items on the SGA sheet are long and complicated. A long song won’t work because no one will remember it. Something for every time the opponent travels, or every time they miss a free throw is much easier to start.

Realize that this is not the first time I have said this, please see my previous article on how to improve the student section. I think the difference now is that people give a damn about our team. However if I have to do this again, I will kill the other VUhoops editors. Brian is first. [Editor's Note: VUhoops does not condone violence against its editors]

There are plenty of ways Villanova could improve its sporting experience. I think teaching the cheers at Orientation is the end goal. In the mean time, can we at least get them to teach the fight song and alma mater? Seriously, please sign the petition.

So what do you guys think? The best chants and ideas will come from the ideas of a Nation, not just one person. Sound off in the comments on what you think the students should do. I’m extremely unoriginal so please help with Villanova-specific chants. If you're a student make an account, it takes 2 seconds.