The Wildcats have not beat the USC Trojans in two meetings but are looking to start off the Battle 4 Atlantis on the right foot with a win.

USC enters on a four-game winning streak after losing their first game of the season to Utah State. Villanova has just survived a scare against Delaware and looks to continue its four-game win streak.

Villanova has faced the Trojans twice in team history, losing both times. They have not met since 1975, when Villanova lost 101-74. The previous game took place in 1967, where Villanova lost 82-65. Lets hope to reverse that trend. 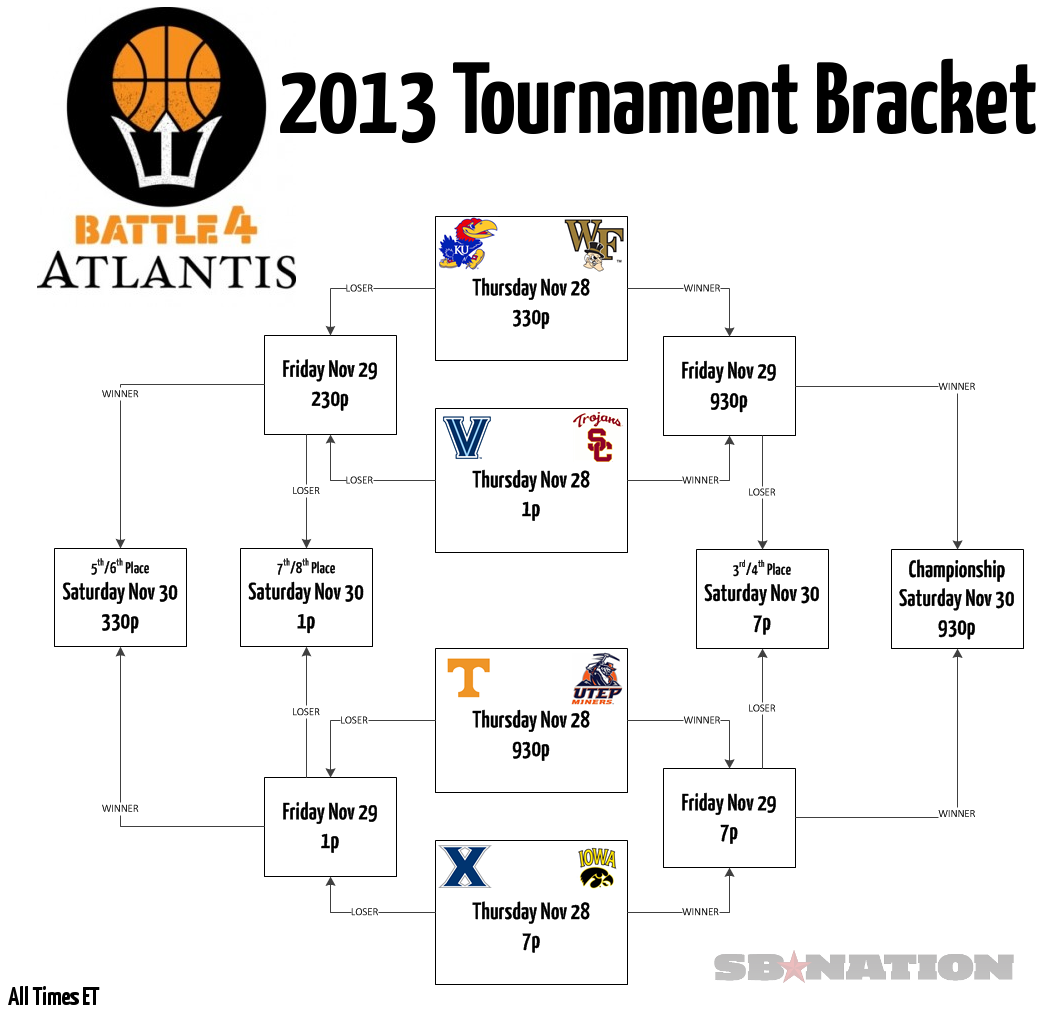 'Nova is guaranteed 3 games in the Bahamas.

Villanova faces its first opponent in the Battle 4 Atlantis this week, when both teams take the long trip down to Paradise Island in the Bahamas. The Trojan's were picked to finish eleventh in the Pac-12 this season and but have still put together a solid record at 4-1. However, their competition has not been stiff at all, they have only faced one team in the top 140 of the RPI, which was their loss to Utah State. All other wins have been aganist teams worse than 140 on the RPI rankings. The Trojans should be well over matched against the Wildcats.

The Trojans are lead by Byron Wesley who is averaging 20 points and 8 rebounds a game. He has had to carry them this year at times, getting close to a double double in almost every game so far. He gets into the lane, so far averaging 7 attempts per game and making 5.

Wesley is their main threat, but their big man down low, Omar Oraby could give Nova some trouble. Standing at 7ft. 2in. he towers over all of our players except Ochefu. So if Ochefu was to get into any foul trouble we could be in for a difficult game. Oraby averages 14 points a game with 8 rebounds and 4 blocks, so he is a presence down low. Through four games, his field goal percentage is over 70% , but he only takes about 6 shots a game.

The Trojans do not shoot it particularly well from downtown, only averaging a measly 31%, and no player has made over 5 three pointers. USC only has three players who score more than 10 points a game, so at times it can be difficult for them to score.

With KenPom.com showing an offensive rating at 187, the Trojans should not really give the Wildcats too much trouble.

Andy Enfield, the famed coach of Dunk City with Florida Gulf Coast, is now the coach of the USC Trojans. Enfield originates from Shippensburg,Philadelphia. He started as an assistant coach with the Milwaukee Bucks and then moved onto the Boston Celtics. From there he accepted an assistants job with Florida State. In 2011, he took over the helm at Florida Gulf Coast University. He compiled a 41-26 record while there for two years. He is of course most famous for coaching his 15 seeded Eagles to the Sweet Sixteen, taking down Georgetown and San Diego State.

Where to start, astronaut Neil Armstrong, and famed owner of the LA Lakers Jerry Buss are some of the most famous non-athletic alumni. Along with funny man Will Ferrell and the very accomplished Rob Kardashian, George Lucas also is a famed graduate. Football alumni include Hall of Famers Marcus Allen, Lynn Swann, Frank Gifford and Ronnie Lott. For baseball there was Tom Seaver, Randy Johnson and Mark McGwire. Of course you can't forget the best female basketball player of all time, Lisa Leslie. And last but not least, the legend himself, Brian Scalabrine a.k.a. Red Mamba.