On December 4, Villanova will officially kick off its Big 5 play with a matchup against the UPenn Quakers. Now, if there are any new Nova basketball fans out there who are watching the team for the first time this season, you may be confused to what the "Big 5" means. I’ll explain.

The Big 5 is an unofficial athletic association and rivalry between 5 colleges in Philadelphia. 95% of people who aren’t from Philadelphia have never heard of this rivalry, which is why you may be confused hearing other people talk about it if you’re from out of state. Villanova, La Salle, St. Joe’s, Temple, and UPenn all play each other every season to relive the glory days when more than 1.5 teams in Philadelphia had any real talent at any given time. These days, the Big 5 has some positive attributes, such as giving Villanova warm-up games early in the season, but also has negative attributes, such as perennially lowering our strength of schedule. 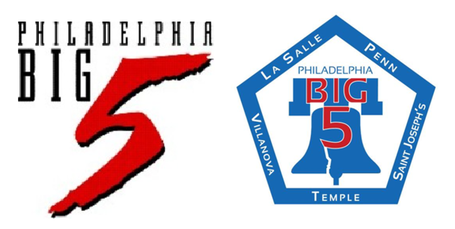 That said, the Big 5 has absolutely provided the Wildcats some great local adversaries, who all hate Villanova for being the best. These games are probably some of the highest-intensity games Villanova will play in all year due to the in-city rivalry, so it’s important that Nova Nation brings its game to the next level (home OR away!) Here’s a quick guide to help you understand each school and their fanbase:

Once a longtime powerhouse in not just the Ivy League, but in NCAA basketball in general, UPenn has more recently taken a backseat in the strength of the Big 5. Some would say it’s easy to make fun of UPenn students for being nerds, but that’s only because it’s true. UPenn students tend to be passionate fans who don’t let anything stop them from attending games...besides homework, studying for a test, extra credit lab work, brainstorming ideas for an online start-up, or attending a guest lecturer on free-market lip balm.

My impression of a UPenn fan:

"My decision to go to Penn was less about their athletic programs and more about the fact that I was rejected by every other Ivy League school except Brown." 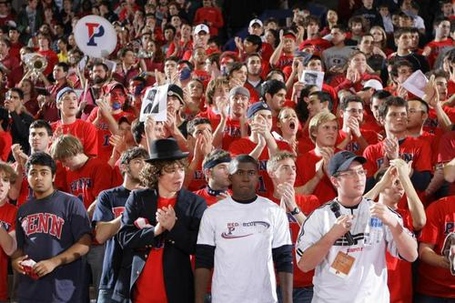 The dude in the blazer and fedora is so Penn that it hurts.

You know what’s weird? After 4 years at Villanova and 2 years living in Philly after graduation, I still know jack about La Salle other than:

I guess that’s what La Salle’s deal is. They are forgettable. Every time we play away at La Salle it looks like a high school gymnasium that’s more than half empty. They probably have a small, dedicated fanbase who mistakenly thought that because they got to the Sweet 16 last year through an overrated Kansas State team and 12-seed Mississippi they are the best basketball team in Philadelphia. Their 3-4 start to this season probably reminded them where they really stand.

My impression of a La Salle fan:

"Uh…ACTUALLY if you did ANY research for this article you’d know that La Salle won the NCAA championship in 1954…soooo…" Yeah, I knew that. I’m sure that championship is really fresh in a lot of fans’ minds. 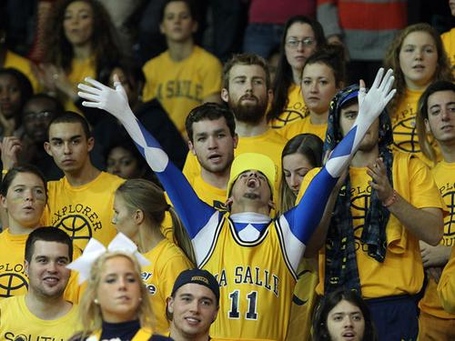 I really WANT to hate on this guy's outfit, but my love of the Power Rangers is preventing that. Well played, sir.

Temple is pretty much the opposite of Villanova in every way. While Villanova is a smaller, private university in the suburbs, Temple is a large, urban state school. Recently Temple has been one of the better basketball teams in Philadelphia, to the point of even weaseling their way onto the sinking ship that was the old Big East (but pretty much only because they had a D1 football program in a top-5 TV market. PS- no one tell Temple fans that no one cares about their football team besides Bill Cosby).

However, shortly after they joined, Villanova and the rest of the Catholic 7 jumped ship and now Temple is bitter and slowly drowning with the rest of the AAC. Temple may have a chance to dominate that conference after Louisville leaves this year and when UConn and Cincinnati finally jump to other, stronger conferences; until that point though, they’re just a middle-to-lower range team in both football and basketball in the 7th strongest conference in America.

My impression of a Temple fan: 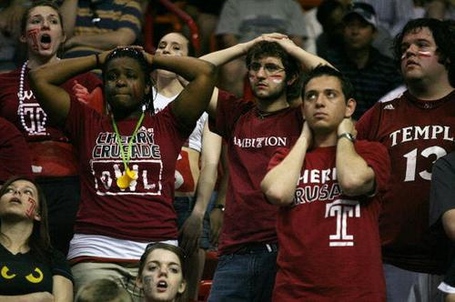 A Temple fan's standard resting face during most games.

St. Joe’s is without a doubt Villanova’s biggest rival in the Big 5. St. Joe’s students typically take it a lot more seriously than Villanova students do, because Villanova is usually one of the best teams St. Joe’s will face in a given year, whereas Villanova has always had bigger fish to fry, like Georgetown, Syracuse, Louisville, or pretty much any other team in the Big East.

Unlike Temple, St. Joe’s is very similar to Villanova – they are both smaller, Catholic schools outside of central Philly. Because they are so similar, it makes sense that St. Joe’s students and their team have developed a serious inferiority complex; Villanova is like their big brother who is better than them in every way: better academics, better campus, better sports conference, better parties, better students, better-looking students, and, most importantly, better basketball. You can only take a beatdown in every aspect of college life from your in-city rival so long before it drives you insane.

My impression of a St. Joe’s fan: 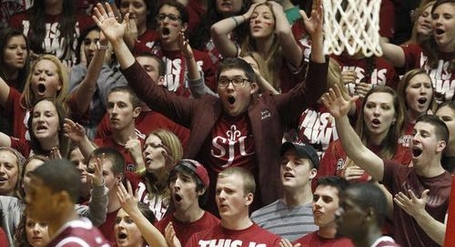 All of these students had the same expression on their face when they found out they didn't get into Villanova.

What’s their deal? Drexel came to the college basketball scene a little later than the other 5 schools, and as a result, got completely left out of the Big 5 rivalry. This especially stings because they are definitely more in the actual city of Philadelphia than St. Joe’s and Nova. Drexel has since put together a mildly decent basketball program that contends in the CAA pretty regularly. Really though, Drexel pretty much is only called on for intramural sports. Hahahahahaha Drexel. Nice Dragon. 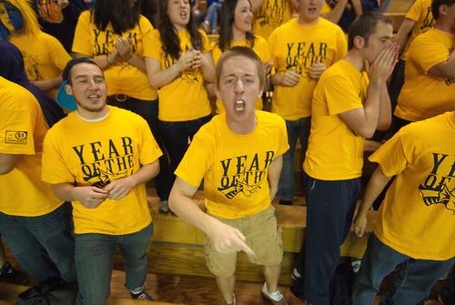 The Chinese zodiac year of the dragon ended in February. The next one won't start until 2024. Seems fitting?

What can I say? We are the best college in Philadelphia and we know it. We’ve got the best campus, best students, and best basketball program by far. Sure, maybe UPenn beats us in academics, but who wants to hang out with those nerds anyway? Our confidence in our superiority has made us a target for others schools’ hate. We are the undisputed champs. We are the Big 5 GOAT. Heavy hangs the head that wears the crown, but luckily, it helps us look down at all the other Philadelphia schools.

My impression of a Villanova fan:

"Yeah, okay bro. **Chugs a Mike’s Hard, smashes the bottle on the ground, then rides off into the sunset on a giant Wildcat while shredding electric guitar**" – A Villanova student’s response to any other Philadelphia student trying to say their school is better. 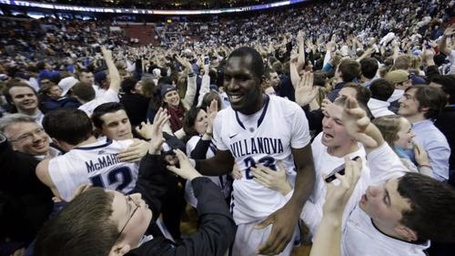 Typical day for a Villanova fan - beat a top 5-ranked team, then party like gods

Last Note – I realize this article will now mean Nova will lose to every single Big 5 school this year because karma is real and it hates me.

Like the article? Hate it because you went to an inferior Philly school? Let me know at @TheSheaQuinn - if you're into that.