Share All sharing options for: The Sun's Arizin: Villanova Wildcats news and links for March 20th, 2013 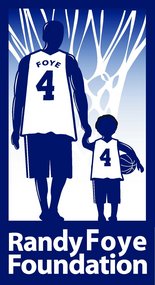 Happy Wednesday, 'Nova Nation! Only two days left until our first-round matchup, and shot at revenge, with the North Carolina Tar Heels. The big news today, however, is that Gavin Schilling is set to announce his college destination at 3:30 pm ET on Twitter (you can follow him here). That time is moved back 75 minutes from his original announcement time...what to make of that?

I cannot stress enough how important Gavin Schilling is to next year's success. First year in the new Big East, and a lack of big men. Who knows how that will go? I can only say that with Schilling in the fold, I think we're a high-end team in the conference.

Join the VU Hoops NCAA Bracket Pool - VU Hoops
Our fancy dashboard tells me there are 1241 members of our great and powerful community. We have 11 entries thus far in our bracket pool. 11! And that's including Mike, Brian and myself. In case you missed it, we're giving away a $50 gift certificate that you can use to buy Villanova swag. You can buy enough swag to make Mo Sutton blush. So join, dammit!

2013 NCAA Tournament seed list published - Philly.com
If you haven't seen this yet, it's always an interesting read to see where every team fell, 1-68. Also in here is why we landed as a 9-seed. And the logic behind it is very fair and makes sense - something of an outlier for the cronies over at the NCAA.

North Carolina coach Williams impressed with Villanova - Philly.com
Some boilerplate compliments from the future Hall of Famer, before Joe Juliano catches him complaining about the ACC's seeding in the NCAA Tournament. He might have a legitimate gripe about Duke not getting a #1 seed, but c'mon Roy, you know the Big East > ACC. You need to wait til next year to be the best.

New Big East will feature varied styles - College Chalk Talk
A nice breakdown of the different styles that each team will play in the new Big East next season. All you really need to know is that from here on, our new main rivals will be known as the Georgetown Plodders.

One last roar from Big East - Philly.com
A nice read from Bob Ford, who points out that harsh times may be ahead for the new Big East. So much of the greatness of the conference was built on reputation, allowing the conference to pull an incredible amount of NCAA bids each year. While it won't carry over, Ford's assertion about first impressions is valid - the new Big East needs to impress early on.

March Madness Picks - The Philly Post
Michael Bradley makes his picks - and they aren't positive for Villanova. Somebody get JayVaughn and Mouph on the horn and let them know that some journalist thinks they aren't productive. I can see them now: Challenge Accepted!

The shot heard 'round March - SBNation.com
An oral history of one of March Madness's greatest moments: Valparaiso's buzzer-beater to top No. 4 Ole Miss in the 1998 NCAA Tournament. This is without a doubt my favorite non-Villanova moment, and the one that stuck with me in the 90s. What's yours?

Jay Bilas breaks down the bracket so you don't have to - SBNation.com
ESPN commentator Jay Bilas visited SB Nation Studios to chat, and even drops a '85 Villanova reference. Ignore things getting weird at the 5:32 mark. Nothing to do with sponsorships. That's just how SB Nation and Jay Bilas roll.