Get ready for the Jay Wright to UCLA rumors...

Share All sharing options for: Get ready for the Jay Wright to UCLA rumors...

Sources have informed ESPN that UCLA is expected to fire Men's Basketball Coach Ben Howland on Sunday following the team's 25-10 season. SB Nation's Bruin Nation is noting that he may already be gone.

The Bruins finished the season with the Pac-12 regular season title after going 13-5 but bowed out of the NCAA Tournament to 11-seed Minnesota by 20 points on Friday night.

As with all high-profile college coaching vacancies, the name of Villanova's Jay Wright will pop-up; and it's happening again.

Will Jay Gopher it? 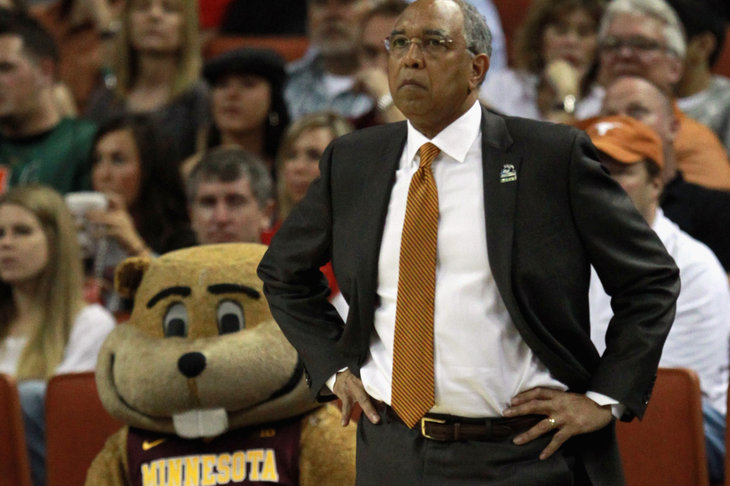 Over the years, there have been unofficial whispers that Jay has been contacted to be the head boss at Indiana in 2008, Kentucky (2009), and then his favorite pro team growing up, the Philadelphia 76ers.

Yet he has remained on the Main Line.

The general consensus is that Shaka Smart is the lead candidate for the opening in Westwood, but it says something about the man who is the face of Villanova Basketball as he is continually mentioned when the head coach position at one of the top college programs is vacant.

Updated 11:20a - CBS Sports' team names-names for both job openings in Los Angeles. Marquette's Buzz Williams listed as a realistic pick for UCLA.