It is the second consecutive year that Yarou has taken home the award.

JayVaughn Pinkston claimed the The Most Outstanding Player award as he averaged just over 13pts and 5 rebs per game.

The Jake Nevin Award given to the Villanovan "whose selflessness provided an outstanding example to his teammates," was given to Maurice Sutton.

Croatian freshman guard Mislav Brzoja won The Alexander Severance Award. This award named for the former Villanova Head Coach "honors the Villanova Basketball player whose hard work and dedication in the classroom demonstrated a commitment to reaching his full potential."

The Paul Arizin Award for the most improved player over the past year was received by Junior James Bell.

Other honorees awards given...

During the banquet, former Villanova faculty member, Dr Hank Nichols was also honored. Nichols was inducted into the Naismith Hall of Fame as a college referee last year. 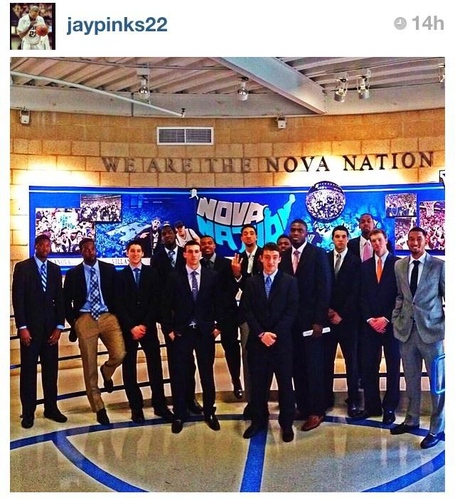