Share All sharing options for: The Sun's Arizin: Villanova Wildcats news and links for April 8th, 2013

Happy Monday, 'Nova Nation! Another big lacrosse win over the New Jersey school moved the team to 3-0 in the BIG EAST and better yet, the attendance seems to continually rise at Villanova Stadium for these games. Jack Rice went H.A.M. with 5 goals.

At just 4-6 on the season, they aren't going to make the NCAA Tournament unless they win the conference tournament. Let's hope these conference wins give them the confidence to do just that, because they are good enough to compete with everyone in the country.

Kania and Skurla Lead Team to Championship at Yale Spring Invitational - Villanova University Official Athletic Site
IT'S MASTERS WEEK!!! Villanova got off to a dominant start and never looked back as they took the overall team title at the Yale Spring Opener on Saturday, April 6th in New Haven, Conn

Walden Wins 100 Meter Hurdles at Colonial Relays - Villanova University Official Athletic Site
Is it just me or have you also fallen in love with the name Emerald Walden?.

Big East officials set to meet at Final Four - Omaha.com
Note the quote at the end from the Creighton AD. Who's running this ship, the Big East or FOX?

An out-of-towner's field guide to Atlanta - SBNation.com
So you're coming to the Final Four? We answer your questions about the host city and its many charms.

Brian Basili, Badass - Fact on Villanova Sports
The Kevin Ware comparison might be a little stretch, but Villanova's Brian Basili did something most of us wouldn't this weekend. He shattered his upper arm while running the steeplechase, got up, and not only finished, but won the race. There is no way I would've been running with this: 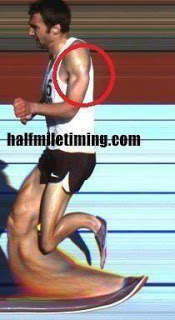