College sports isn't about profits, but money is driving the bus for most in Divison I

The Flutie Effect has been shown to offer a distinct positive for universities off of their balance sheets, athletic spending in general may not be as profit-driven as some observers suggest.

Share All sharing options for: College sports isn't about profits, but money is driving the bus for most in Divison I

There is plenty of money to be made from college athletics, but it isn't about the profits for most schools. If it were, then just 10% of the athletics departments in Division 1 would be able to pat themselves on the back and declare their programs a success. To some extent, Title IX and NCAA regulations prevent college sports from being a pure money-game -- the need to provide opportunities for women and meet minimum requirements, for example, would make a pure-profit athletic department offering just Men's Basketball and Football an impossible scenario -- but schools don't necessarily act to maximize profits either.

USA Today reported that just 23 of 228 Division I athletics departments in their analysis of athletic department revenue and spending were reporting a profit without requiring institutional subsidies. Only seven institutions reported no subsidy from their universities (though Michigan's reported subsidy is attributed to work-study programs and the cost of an academic services director's salary).

At Villanova, there are certainly subsidies going into the athletics department. The university's athletics programs report expenses of $30,949,099 in its most recent disclosure to the Federal Government's Department of Education.

Other programs are supported by either donations from alumni or institutional subsidies from the university general fund or student fees. There is no profit reported for athletics as a whole, however.

That begs the question: if NCAA Athletics at the Division I level were driven by a profit-motive, why would a university like Villanova -- a small, private, Augustinian Catholic institution -- pay for 22 teams? 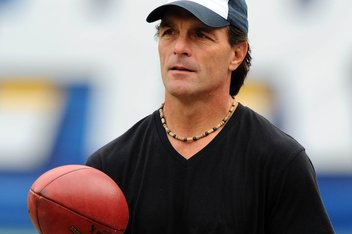 Villanova, like fellow new Big East school Georgetown, offers more than that minimum. In Nova's case, the Wildcats are funding eight teams over the NCAA's minimum. Surely, not all of those programs are generating a profit, and many aren't likely to be breaking even.

Men's basketball does turn a profit, however, but the $1.5 million dollar profit the program earned in 2009-10 is hardly enough to cover the tens of millions that the department burned through for 21 other teams. While those other programs likely generate some revenue through alumni donations to the program or via ticket sales (in the case of men's lacrosse, football and women's basketball), none of those programs have been profitable.

Just 20% of the overall athletics budget is spent on men's basketball annually.

So why sponsor eight sports more than the minimal number? Why doesn't the university cut down it's spending and "redirect" that money to the profitable teams?

One explanation is that Alumni are perhaps the most important and influential group in a private university community. While sports like field hockey will never turn a profit, the alumni of that program are likely to donate money, not just to the program, but perhaps to the university's annual funds as well. Keeping those alumni constituencies engaged with the university makes sense, and creating those constituencies by sponsoring the non-revenue teams in the first place is part of the process.

Furthermore, offering a robust athletics program can be a selling point in an admissions-department pitch to prospective students. Success in non-revenue athletics can be a selling point in a development office pitch to alumni. Maybe championship-level cross-country isn't as exciting to most as winning March Madness or BCS Bowl games, but it is still a point of pride that a community can rally around.

The more general answer boils down to, "as a community, the university has decided that these sports are worthwhile." It's a bland explanation, but the various cultural factors that go into the non-revenue sport decision are difficult to explain -- and they may be different at different universities. For example, while lacrosse may be sponsored because it is a growing collegiate sport in Villanova's region that could attract more and better students, baseball could be sponsored simply out of tradition (it is the oldest program at the University, and the third-oldest at any college).

The only conclusion we can make from any of this information is that profit isn't necessarily the motive behind university athletics departments. In fact, profit holds such a low priority level, that the excess revenues from profitable programs tends to be plowed directly into increasing the expenses of various money-losing athletic programs, according to Sports Geekonomics.

While a demonstrable drive for new revenue can be shown in the current athletics landscape, and particularly revenue generated by football and/or men's basketball, in many cases it seems that the drive is more about the revenue itself than a desire to convert the increased revenue into a departmental profit. Athletic directors with more revenue coming into their departments are likely to be given bigger budgets, more responsibilities and bigger salaries.

So, while Villanova braces for a significant bump up in television revenues with the new Big East's television deal with Fox Sports, that won't necessarily translate into a smaller subsidy for athletics. Between inflation and the across-the-board growth of athletics spending among Division I universities, it seems likely that the across-the-board athletics budget will continue to expand.