Share All sharing options for: Villanova Week In Review: June 2

Mouph Yet to Impress … Mouph Yarou attended his second NBA try out this week, this time with the Minnesota Timberwolves on Thursday as part of a group that included Georgia’s Kentavious Caldwell-Pope, Michigan’s Tim Hardaway, Jr., Providence’s Ricky Ledo, Cal’s Allen Crabbe and Creighton’s Gregory Echenique. Wolves President of Basketball Operations Flip Saunders said afterwards that "It was a good workout. Guys were all pretty impressive and shot the ball well." Sanders singled out former Providence Guard, Ricky Ledo, Kentavious Caldwell-Pope and Tim Hardaway, Jr., but did not comment specifically about Mouph. 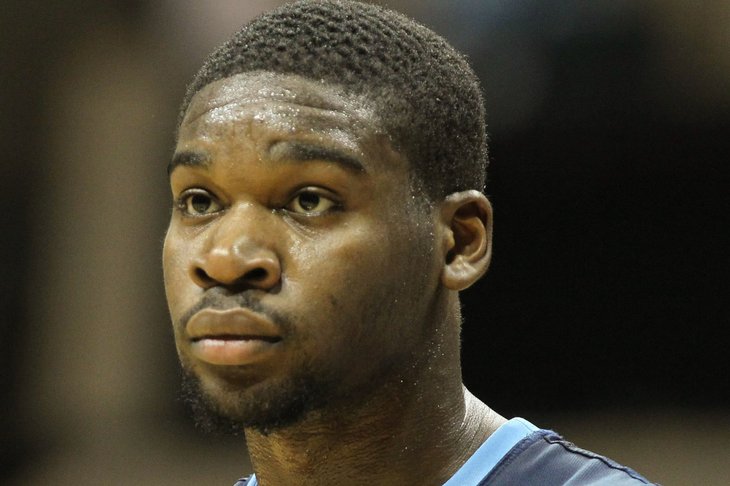 Glue Guy … Mike McDonald of DunkingWithWolves writes, "[Former Villanova Forward] Dante Cunningham is a glue guy. When the Timberwolves were healthy, he was the first player off the bench. Rick Adelman loved him and fans did too. He was the energizer for the team. If the team needed a shot of adrenaline to the heart in order to get back into a game, he was Adelman’s go-to guy for that. Guard a center? No problem for the 6’8″ forward. Guard a small forward or even a top-notch wing scorer like Kevin Durant? He’s happy to put on his hard helmet and try to pester a guy he really shouldn’t have to defend. He sacrificed for whatever the team needed. That’s what glue guys do."

Life After the NBA … The University of Pennsylvania basketball team has adopted the inRecruit technology platform as its primary method of recruiting high school basketball recruits. Villanova basketball alumnus Malik Allen, co-founder of inRecruit. inRecruit makes innovative use of social media that allows coaches to recruit youth athletes in a way which is more reflective of what youth athletes are used to. "We are ecstatic to have a world-class university like UPenn adopt inRecruit to recruit youth basketball players," said Malik Allen.

Hail Szczur… The Press of Atlantic City reports that former Villanova two-sport great, Matt Szczur, "went 1-for-2 with three walks and a stolen base for the Tennessee Smokies (Cubs) in a 9-3 loss to the Birmingham Barons (White Sox) in the double-A Southern League on Saturday night. Szczur is hitting .282 with 31 runs scored, 23 RBIs and 14 stolen bases in 50 games.

Eat Turkey With Wildcats … Villanova Athletics Department invites fans to join the Villanova Men's Basketball team for a pre-season Battle for Atlantis tournament. Those interested can fly with the team on the University charter and enjoy an exciting week of basketball in the Bahamas. The flight departs November 26 and returns December 1.

Terps Yearn for Booth … Alex Prewitt fo the Washington Post writes, "The Terps want Dion Wiley and AAU teammate [and Villanova target] Phil Booth together in College Park. "We definitely have talked about that," Booth said Friday by phone. "We’re probably both one or two guards, so going to the same school wouldn’t effect either one of us. We do it now, so why would it affect us at the next level? [Maryland’s] plan is to get both of us, that’s the plan they have been pitching us." Citing constant communication from Georgetown, Indiana and Villanova, Booth said Ohio State and Temple have also come on strong in recent weeks.

I’m proud to be an American, where I know I’m free. I won’t forget the men who died, who gave that right to me." Lee Greenwood/skip Werley

Mouph and mom at whitehouse - great pageantry of life twitter.com/VUCoachJWright…

Shout out to @chrisconsin - named ABL Defensive Player of the Year playing for Thailand Slammers! #playhard 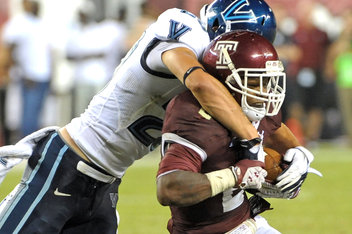 9,154 people are now on the bone marrow registry thx to our get in the game save a life program! College football at its best, saving lives

Around the New Big East …

NBC Sports’s Raphielle Johnson writes, "Georgetown guard Greg Whittington will be back on "The Hilltop" next season and is expected to be a key cog in the attack for John Thompson III’s Hoyas. Whittington was declared academically ineligible last season after playing in 13 games.

David Harten of NBC Sports reports, "Brad Stevens and Butler already call one of the most iconic college basketball arenas in the nation home, now that home is getting some improvements. Hinkle Fieldhouse will get $34 million in renovations, mainly focusing on the interior of the arena and certain student-athlete areas. The renovations are expected to be concluded in time for the 2014-15 season.

SI.com’s Andy Glockner writes, "The City of Chicago will contribute about around $100 million of the estimated $170 million construction cost of a proposed new arena in Chicago that would house DePaul basketball. Crain’s Chicago Business started really digging into the plan and found that the Blue Demons drew approximately 2,900 people per game, well below the published attendance numbers, which were almost 8,000 per game this past season."

Linda Stein of the Mainline Times reports, "After listening to residents’ concerns, the Radnor Township Planning Commission voted 8-1 Monday to recommend against a proposal by Villanova University to allow it to build a dormitory, parking garage and performing center on a large parking lot on Lancaster Avenue."

Kevin Doyle of NBC Sports writes, "Being the head coach at St. Joseph’s for nearly 20 years, the performance of his program constantly weighs on Phil Martelli’s mind. The fact that the Hawks haven’t won an NCAA Tournament game since their run to the Elite Eight in 2004, and haven’t made an appearance in the Big Dance since 2008 doesn’t make this time any easier for him. Understandably so, many of the St. Joseph’s faithful are wondering whether Martelli’s time is up on Hawk Hill."

Bad Month for the Big Ten …

NBC Sports’ Rob Dauster writes, "Rutgers athletic department is a train wreck, and I’m not simply talking about the fact that every decision that they have made over the course of the last six months has been the wrong one. It’s so ugly, yet I can’t look away. I keep waiting for the next bombshell."

"Ohio State President Gordon Gee took shots at Notre Dame, Roman Catholics and the SEC in a December meeting of the school’s Athletic Council, according to The Associated Press. On the Big Ten negotiating with Notre Dame, Gee, a Mormon, said: "The fathers are holy on Sunday, and they’re holy hell on the rest of the week. "You just can’t trust those damn Catholics on a Thursday or a Friday, and so, literally, I can say that." On SEC fans who say the Big Ten struggles with math because it has 14 teams: "You tell the SEC when they can learn to read and write, then they can figure out what we’re doing."

NBC’s Rob Dauster reports that the American Athletic Conference released their new logo, which excludes Rutgers and Louisville notwithstanding the fact that those schools will be league members in 2013-2014. After next season, Rutgers departs for the Big Ten and Louisville for the ACC.

Associated Press reports that the commissioner of the renamed American Athletic Conference, Mike Aresco, says a decision on where to hold its basketball tournaments could come in the next two weeks. He confirmed that the Mohegan Sun Casino in Connecticut is among the sites being considered, and says none of the league's schools has expressed any concern about holding the tournament at a gambling venue.

Raphielle Johnson of NBC Sports writes, "One of the hot-button topics regarding the NCAA in recent years has been whether or not student-athletes should be paid. According to John Infante of CollegeSportsScholarships.com, the NCAA may have found way in which they can add a little something extra to the value of an athletic scholarship.

Another change has occurred with little notice and even less opposition. Proposal RWG-16-7 removes governing clothing that can be given to an athlete for team travel or events. Removing this language would deregulate travel clothing for student-athletes, meaning that there would be no limit on the amount of clothing athletes receive."

ACC Best Conference Ever? … Associated Press Reports that Duke coach Mike Krzyzewski believes the new-look Atlantic Coast Conference could be the best basketball league in the country -- and should act like it. Krzyzewski said Wednesday that "if you really believe this could be the greatest conference ever, what are all the things that the greatest conference ever would do?" The location of future ACC tournaments has been a hot topic of discussion, with commissioner John Swofford raising the possibility that it could be held in New York."