Who should fans expect to see on the field this Fall when the Gridiron Wildcats launch the 2013 football season?

There is usually an official two-deep chart released by the Villanova sports information department, but that may not come out for months. The position battles remain on-going until preseason practices end, but with Spring practice in the books, we at least have a somewhat clearer picture. Until then, however, VUhoops has generated the following depth chart projections.

With most of last season's starters returning, it is easy enough to project the top line or two of the depth chart. There are some questions remaining on the top-line, however.

For one, on offensive line, the 'Cats return two starters at Center, including Ross Hall, who did a great job snapping the ball to John Robertson all of last season, and former All-CAA star, Dan Shirey. One of those two players will likely move to Guard this season and at least one of last season's starters on offensive line will likely be demoted to second string (though, we expect some rotation on the O-Line this Fall); we selected Kyle Wallace to be displaced from his spot at Left Guard. 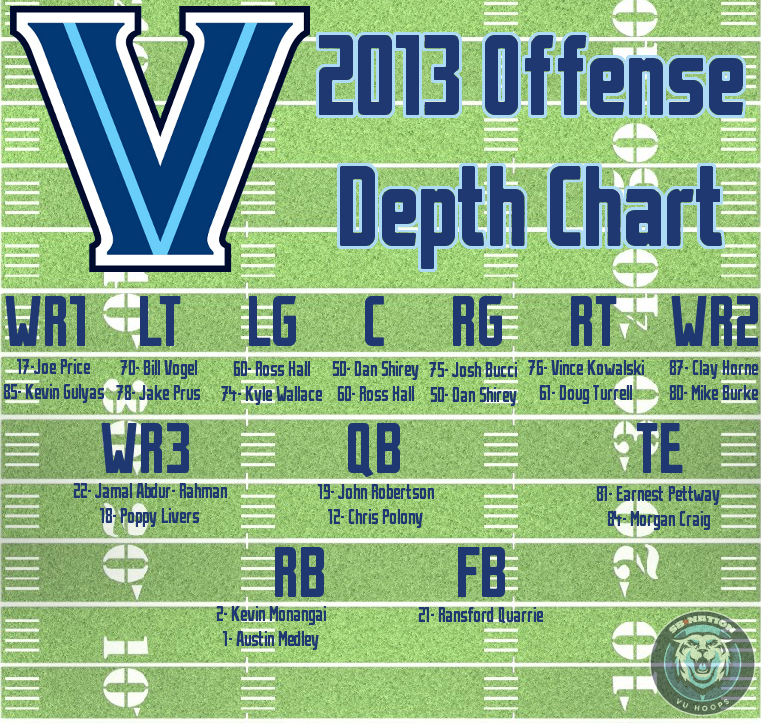 On defense, we've moved Antoine Lewis over from Nose Guard to Defensive End, which is a guess, since there will be an opening there this season and the 'Cats have an even bigger body waiting for his chance in Pat Williams. However, there is just as good a chance that former-linebacker Reggie Paris will start opposite Rakim Cox on the front line, with Lewis holding court in the middle. We also don't yet know who will start at the CB2 spot. Shane Harris has the inside track for the job, according to coaches, but C.J. Logan played there in spring practice when Harris was injured and it remains to be seen if one of the freshmen can challenge for the spot. At linebacker, Pat Haggerty and Joey Harmon will battle for an outside linebacker spot, though both should play regularly. 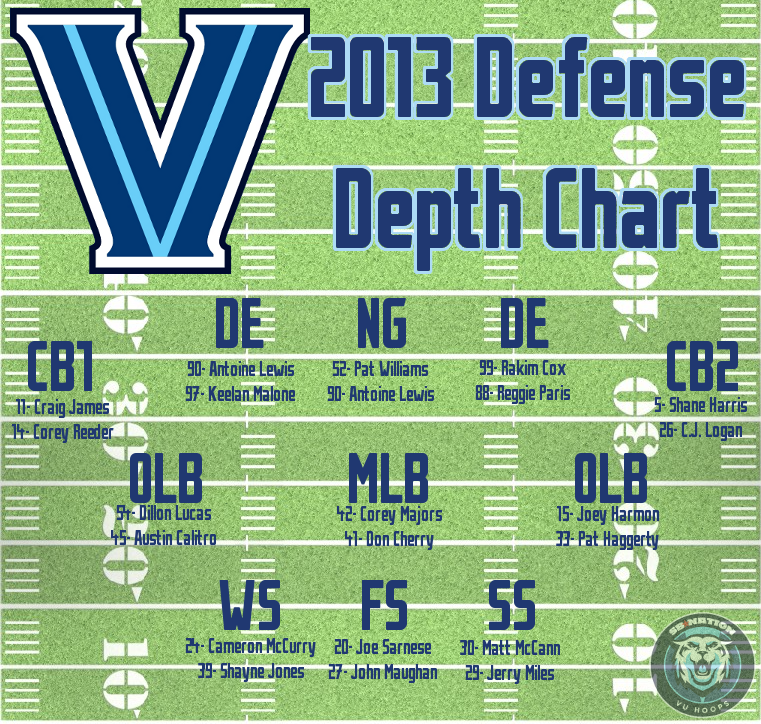 On special teams, there won't be any surprises as Mark Hamilton is back to handle both the kicking and punting duties (though Chris Gough will likely handle kickoffs again) and Jamal Abdur-Rahman is back from suspension, providing the Wildcats will a true home-run threat. 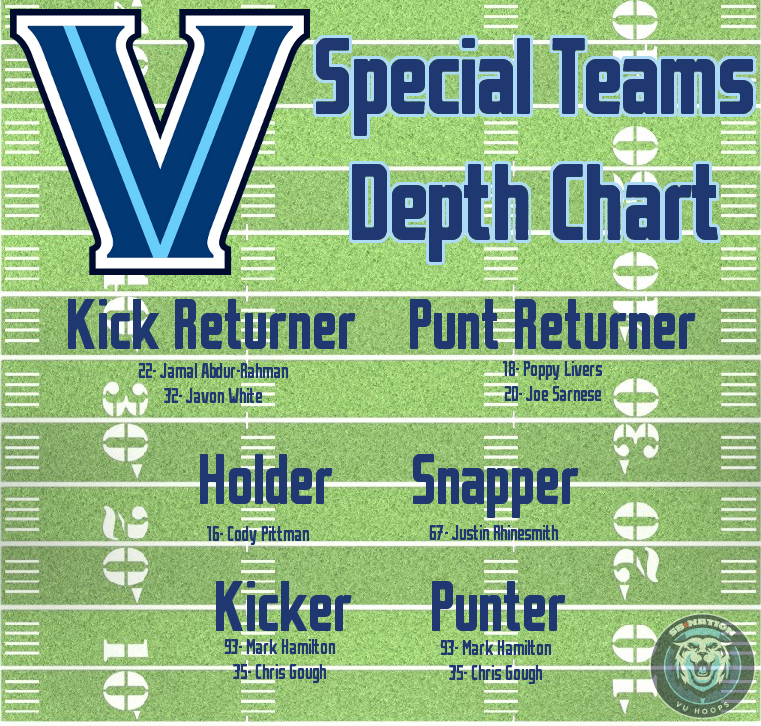 Look for our player profiles of every single player on the roster to begin tomorrow, as we count down #99 to #1 in preparation of the 2013 football season!