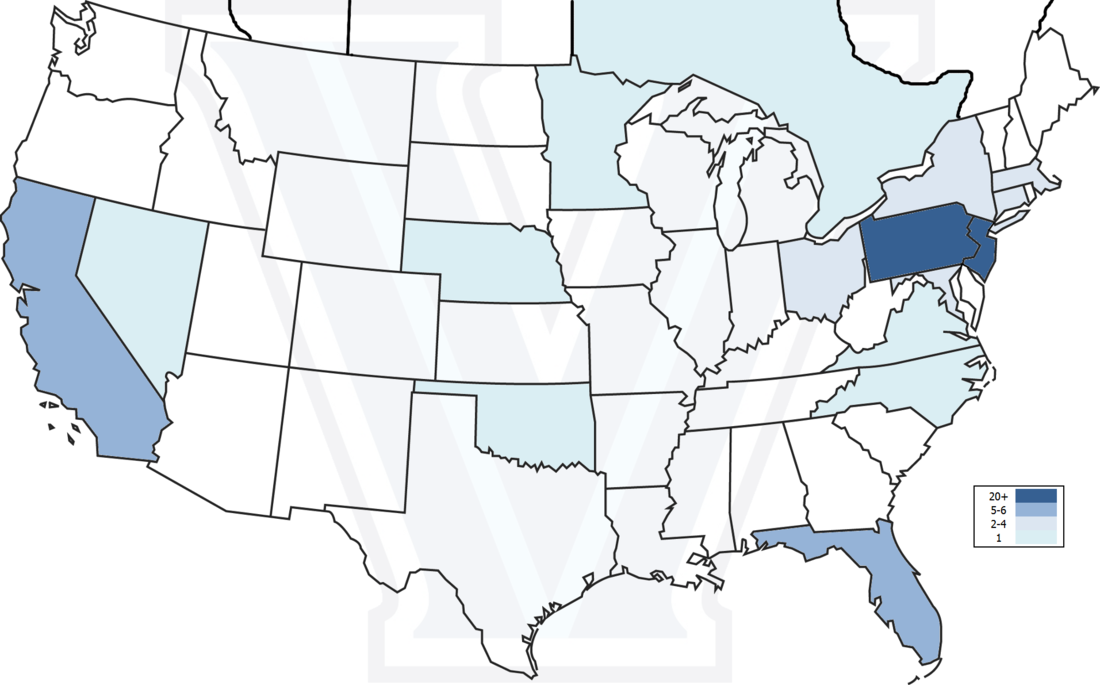 Following the inclusion of this year's freshmen, the 2013 Villanova Football Roster is fairly certain. As we provided a Two-Deep Depth Chart for the upcoming season as well as perform the Player Profiles, we thought we'd take a step back and look at where these players are coming from.

Based on history, one would be quick to guess that a majority of players' hometown is in Pennsylvania and New Jersey; and they'd be correct. A full 61% (50 of 82) of this year's football squad is from one of those two states.

But what state sends the third most? (Hint: think West!)

The above infographic shows the count of states where this year's team originates (and yes, I'm counting Ontario as a state).

That picture equally distributes a player's residence across the entire state, the one below provides a heat map of the players' hometowns.

Does any of this surprise you?