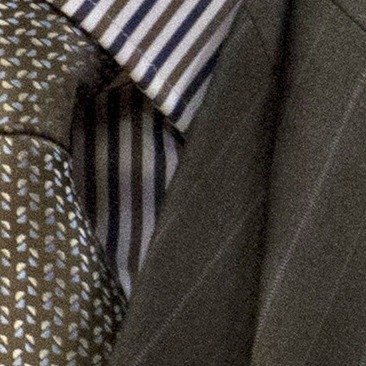 Jay Wright pulled out a three piece suit for the first time since Syracuse; the result was the same- a loss. The #4 Villanova Wildcats hosted Creighton in the teams' first matchup in the Big East on Monday as the Bluejays shot their way to an impressive road victory.

In his return to the three-piece style, Coach Wright's suit (which featured a third ticket pocket) was a brown pinstripe pattern. Underneath, he sported a brown and navy broadstripe shirt with which Wright wore a primary brown tie with small light blue and white shapes.

He finished off the ensemble with a barely-visible light blue pocket square.