It's time we all tell Vince an emphatic 'no'!

I received a nice brochure from the Villanova Athletic Fund yesterday. Page 17 leads off with a quote from Athletic Director, Vince Nicastro, which says:

"We are long overdue for a state-of-the-art [basketball] facility. I think our alumni, students and supporters will be very pleased with the innovative and creative way that the Pavilion will be redesigned."

Not a seat will be added.

So far, $2 million has been raised ($12 million was raised for the renovations of The Higgins Soccer Complex and Villanova Stadium West End Zone Project).

On the heels of Tuesday's game between 'Nova and NJIT, the Philadelphia Inquirer had this quote from NJIT Coach Jim Engles:

Newark Technical School, Newark College of Engineering, The New Jersey Institute of Technology, a school without a conference, is looking to spend ONE HUNDRED MILLION U.S. DOLLARS on their basketball facilities.

The Athletic Fund says it's "time for a major transformation to The Pavilion."
Come on Vince. Do you really want to waste $50 million on cosmetic renovations of a second-class facility (a.k.a "The Dump" © Chris Lane) when tiny NJIT plans to invest twice that amount? Maybe, just maybe, the alumni are telling you something by donating only $2million so far toward your grand plan.
Isn't it time to think big and make a bold investment befitting one of the most consistently excellent programs in college basketball? My guess is that the alumni will get behind the right plan.

What do you think NovaNation? 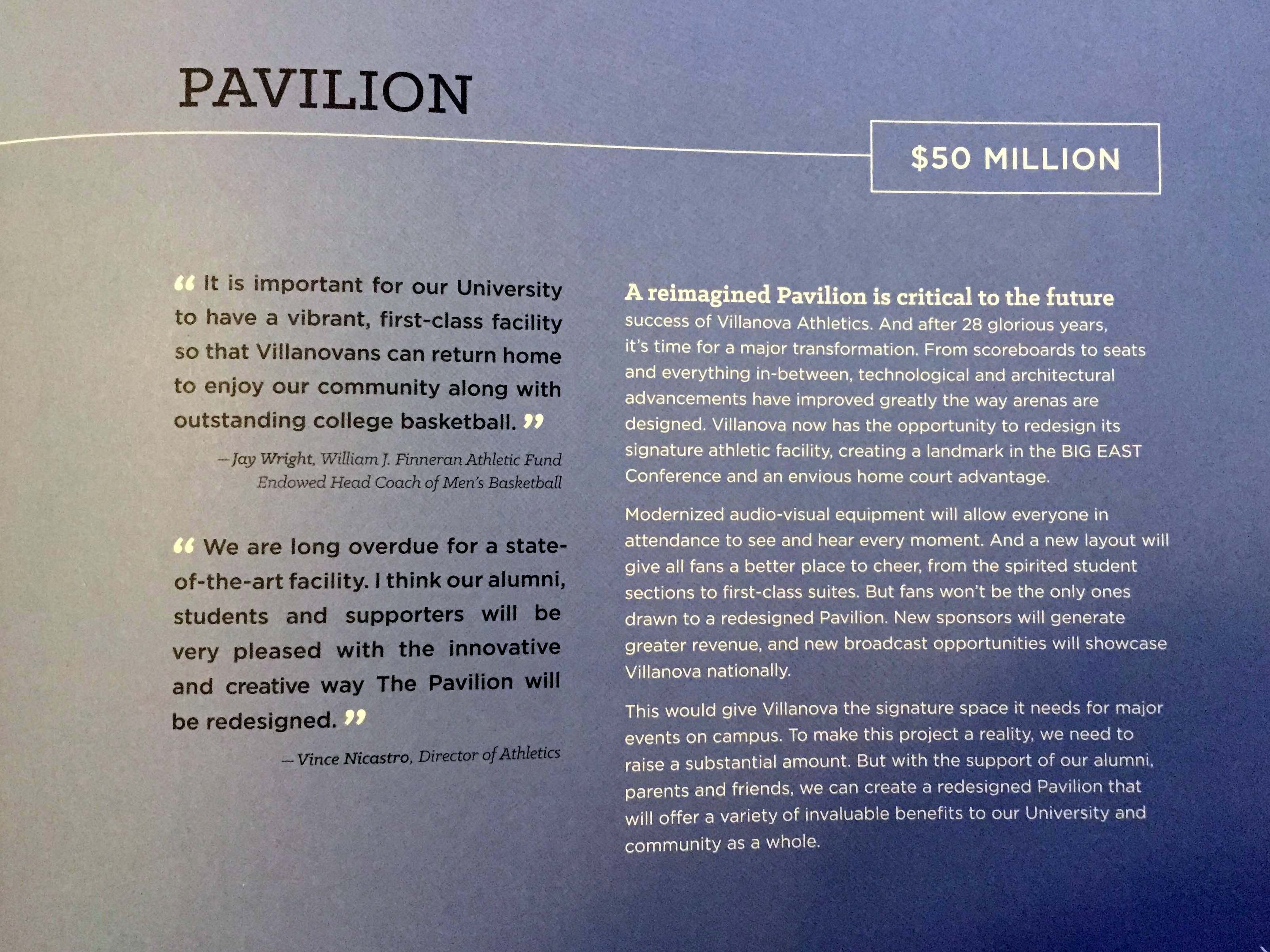