After a disappointing end to 2013, can the men's lax team make a run towards an NCAA Tournament berth in 2014?

The 2014 Villanova Men's Lacrosse season starts on the road this Saturday in Bethlehem when the #20 Wildcats play #19 Lehigh in Bethlehem.

Head Coach and 2013 Big East Coach of the Year, Mike Corrado, enters his eight season (59-48) at the helm of the Wildcats. He will be relying on senior captains John LoCascio, Thomas Croonquist, and Jimmy Wyatt to anchor a squad that is looking to improve on 2013's 7-8 record.

Here is what lies ahead for 'Nova on the field.

Jack Rice, a four-year starter who is second on Villanova's all-time goal scoring list is has graduated, so the opportunity is there for guys to step up on the attack. Kevin O'Neil looks to have a spot locked up after switching positions from midfield. The highly touted freshman Devin McNamara (Lutherville, MD) is in prime position to start as well. The third spot looks to be up for grabs.

Key: Don't expect this unit to gel like in previous years, but if they can continue to build some chemistry as the season goes on, it will be a success. 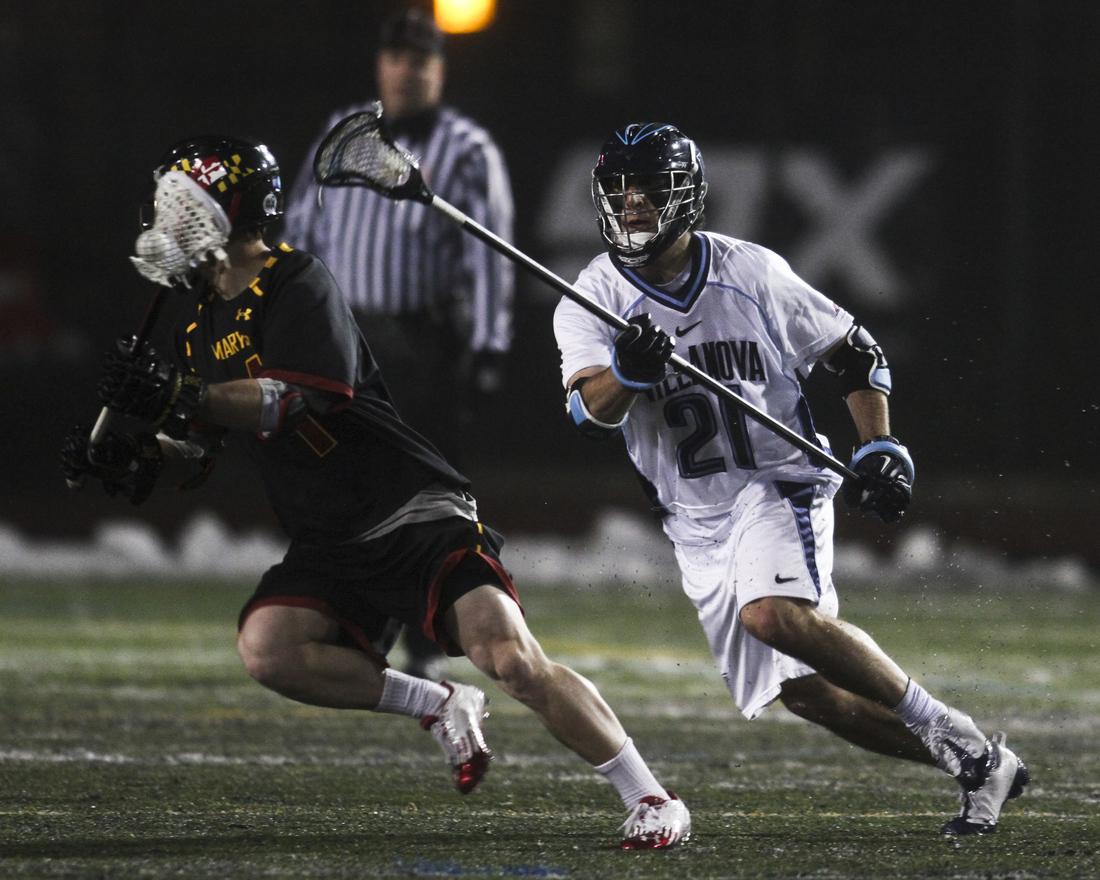 John Kluh returns in the midfield and will be the anchor and catalyst for the Wildcats offense. The shifty speedster looks to avoid the sophomore slump after an impressive rookie season where he was named to the All Big East First Team. Kluh should spend plenty of time on offense with the face-off specialist Croonquist taking face-offs. Croonquist comes into the season with Villanova's 3rd best career face-off percentage at 58.1%. He is also 10th on the Wildcat All-Time List for groundballs with 211.

Key: Who will compliment Kluh in production from the midfield is a question heading into 2014.

If there's a unit that will carry the Cats this season, it will certainly be the defense as the entire starting unit returns including 2 goalies who saw significant playing time in Greg Stamatov and Reed Carlson. In front of the netminders will be the experienced combination of Chris Piccirilli, Christian Kolderup, and returning Bg East 1st Teamer, Chris Conroy. Controlling the middle of the field will be possibly the sport's best longstick midfielder in LoCascio.

LoCascio, a long-stick midfielder was on the USILA All-American Third Team and was named the 2013 Big East Defensive Player of the Year. The coaches of the conference tabbed him with the same Defensive POY honor for the 2014 Preseason.

Key: Finding a goalie who can hold onto the job for the entire year will be an important factor to the team's success.

More from our lacrosse site

Syracuse has departed for the greener patures of the ACC, but Denver replaces 'Cuse and is arguably just as good. The Wildcats have scheduled trips to #19 Lehigh, #6 Maryland, #13 Johns Hopkins, and #7 Penn State will be no easy task.

'Nova will also host Big East Newcomers and #4 Denver, #10 Princeton, #15 Penn, and #17 St. John's. Starting off the season with a few wins, unlike last year, will be vital for this team's confidence and psyche.

Denver is the clear favorite in the Big East, but look Nova, St. John's, and Georgetown to all vie for the second spot.