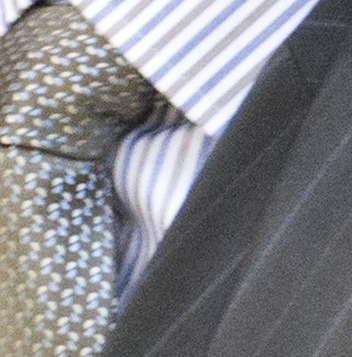 If there is a reason for Jay Wright to dress to the nines, Senior Night is one towards the top of the list.

In preparation for the final game at The Pavilion for James Bell, Tony Chennault, and Nick McMahon the Villanova head coach returned to 3-pieces for Wednesday's game against the Butler Bulldogs- one that the Wildcats would ultimately win, 67-48.

Jay takes the jacket off 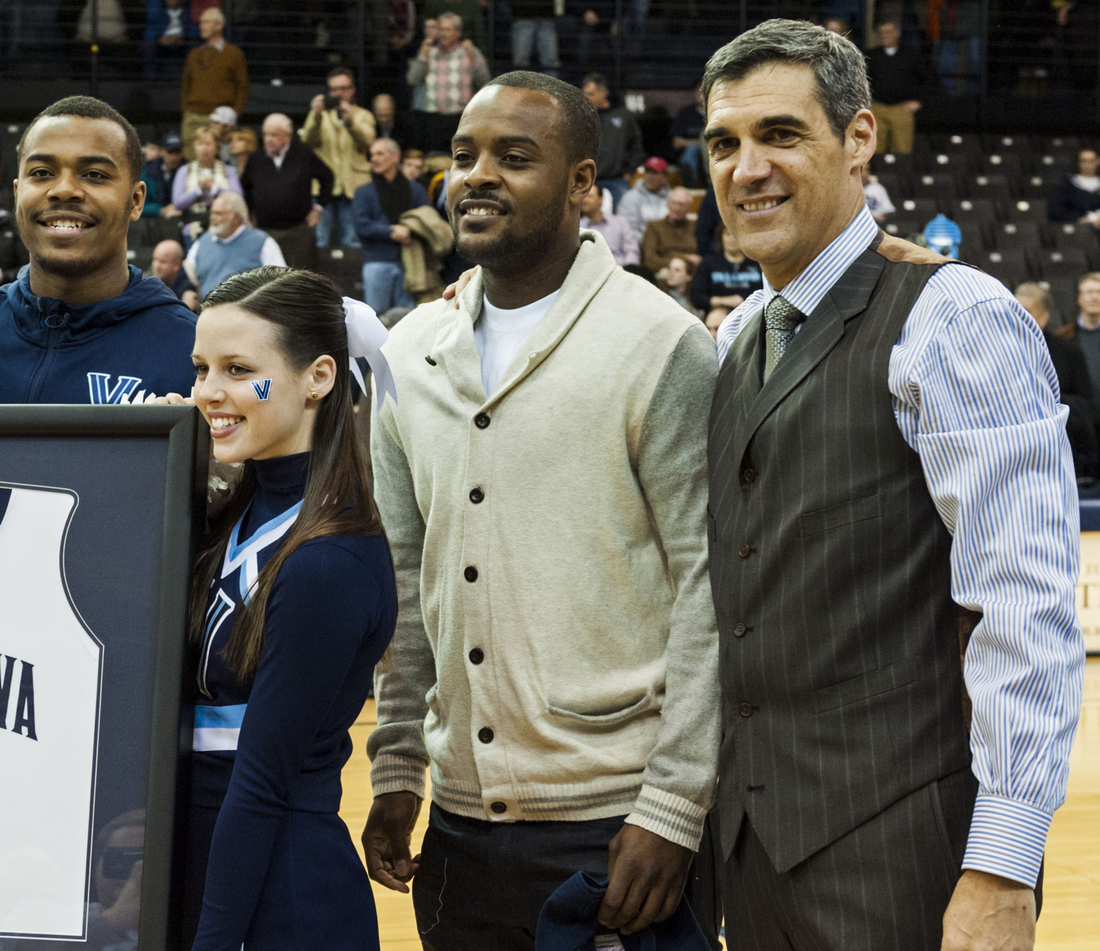 For season's final game at the Wildcats' on-campus lair, Coach Wright's suit (which featured a third ticket pocket) was a brown pinstripe pattern. Underneath the jacket and vest, he sported a brown and navy broadstripe shirt with double-barrel cuffs as well as a primary brown tie with small light blue and white shapes.

He finished off the ensemble with a tan pocket square.

Avid followers of the Jay Wright #SuitWatch realize that when you get to the 28th game of the season, the closet nearly draws bare for unique outfits.

Astute fans may recall that, sans pocket square, this is the same outfit that Jay wore in the the Wildcats' first game against Creighton. The ensemble took some gall to wear. And Wright picked the perfect night to get out of his slump in the suit.

The pre-game festivities of the night also allowed Jay to unwind a bit to celebrate his trio of seniors. This also gave #SuitWatch greater insight into some of his details.

Vests are a notoriously difficult article of clothing to fit properly. Here, we can see the intricate details that the adept Gabe D'Annunzio uses for Wright. Specifically, the inlay back of the vest gives us the view of the paisley watermarked inlay that one suspects also lines the coach's jacket.

It's quite clear by looking at the style of the Villanova assistants; "The apple doesn't fall far from the tree."