Villanova leads the all-time series 13-9 after a 94-85 overtime victory over Marquette back in January. Davante Gardner killed the Wildcat frontcourt with a 29 point, 13 rebound performance while shooting 11-for-14 from the free throw line. James Bell tallied 30 points of his own.

It hasn't been the best season for the Golden Eagles. For a squad that started the season in the AP's weekly poll, they faced tough challenges from Ohio State, Arizona State, San Diego State, New Mexico and Wisconsin in the non conference part of their schedule.

To start Big East play, Marquette fell to Creighton on New Year's Eve and then swung between wins and losses for the rest of the season, dropping contests to Xavier, Butler in overtime, Villanova at home, and St. John's before winning five of their next seven games to total a 9-6 in-conference record.

Now in the mix of a two game win streak over DePaul and Georgetown, Marquette enters the Wells Fargo Center trying to upset Villanova with strong frontcourt play and consistent scoring from the wing in Jamil Wilson, who scored 16 points in their last matchup, and Todd Mayo who sank 18 points as well.

The Golden Eagles slow-starting offense could plague them facing Villanova. Marquette is ranked 153rd of 351 NCAA teams in offensive rating at 106.6 compared to Villanova who's 20th in the NCAA in offensive rating with 114.9. They only score 72.1 points per game, good for 151st in the country.

Similar to their last contest, the team that wins a majority of the following, should win the contest, as each of the following were very contested: turn the ball over less, shoot a higher percentage from deep or the field and win the rebounding battle. (FG%Nova= 48.4/Marquette= 50%, 3P%Nova=35.7%/Marquette= 18.2%, TO's Nova 8/Marquette 9, rebounding Nova= 37/Marquette= 35) 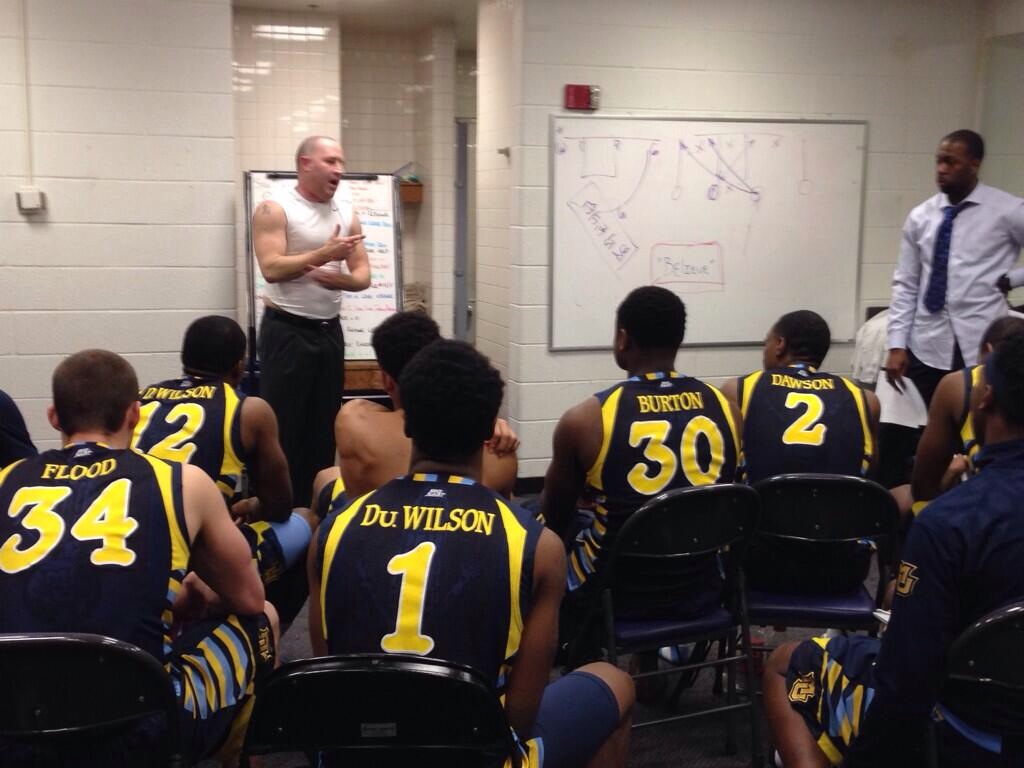 Williams started coaching as a student assistant at Oklahoma City University while continuing his studies from 1992-1994. He then bounced around the state of Texas.

He was a student assistant at Navarro Junior College in Corsicana, Texas. He was also an assistant at the University of Texas-Arlington from from 1994-1998 as well as Texas A&M-Kingsville where he grabbed his Master's degree. He then assisted Mike McConathy from 1999-2000 before taking an assistant position at Colorado State University from 2000-2004.

His last assistant coaching position was (where else?) in Texas at Texas A&M for two seasons until, in 2006, he was hired as a head coach at New Orleans. He was there for one season before getting to Marquette where he has been since 2008 going 139-65, 69-39 in Big East play, 8-5 in tournament play and has one conference championship under his belt.