Following Wednesday night's action in the Big East Tournament at Madison Square Garden, the Seton Hall Pirates and DePaul Blue Demons will be advancing to the quarterfinals after their opening round victories.

Seton Hall defeated the Butler Bulldogs 51-50 in the first game of the evening, with Gene Teague (who was battling the flu) leading the way with 14 points and 13 rebounds. The Pirates, who built a 13-point lead at one point, allowed Butler to get back in it late behind Khyle Marshall's 22-point, 8-rebound effort, but an Alex Barlow desperation heave with just seconds remaining would not go. Star guard Kellen Dunham was largely kept in check by Big East Defensive Player of the Year Fuquan Edwin. Dunham finished with

In the nightcap, Georgetown was embarrassed by DePaul, falling to the Big East cellar dwellers 60-56. Recently crowned Rookie of the Year Billy Garrett Jr. was impressive in his Big East Tournament debut, finishing with [stats]. Brandon Young fought for his 13 points, while Forrest Robinson was immense for Oliver Purnell, hitting several big 3s down the stretch.

D'Vauntes Smith-Rivera led the Hoyas with 21 points and 6 rebounds, while Markel Starts recorded 17 points and 3 assists.

Seton Hall has advanced to play the top-seeded Villanova Wildcats tomorrow at 12pm ET, while DePaul will take on the Creighton Bluejays in Thursday's first game of the night session. Tip-off for that game is scheduled for 7pm ET.

In other Thursday action, the St. John's Red Storm will take on the Providence Friars in what many are calling an NCAA Tournament play-in game at 2:30pm ET, while the last game of the evening between the Xavier Musketeers and Marquette Golden Eagles will tip at 9:30 pm ET.

An updated bracket is below: 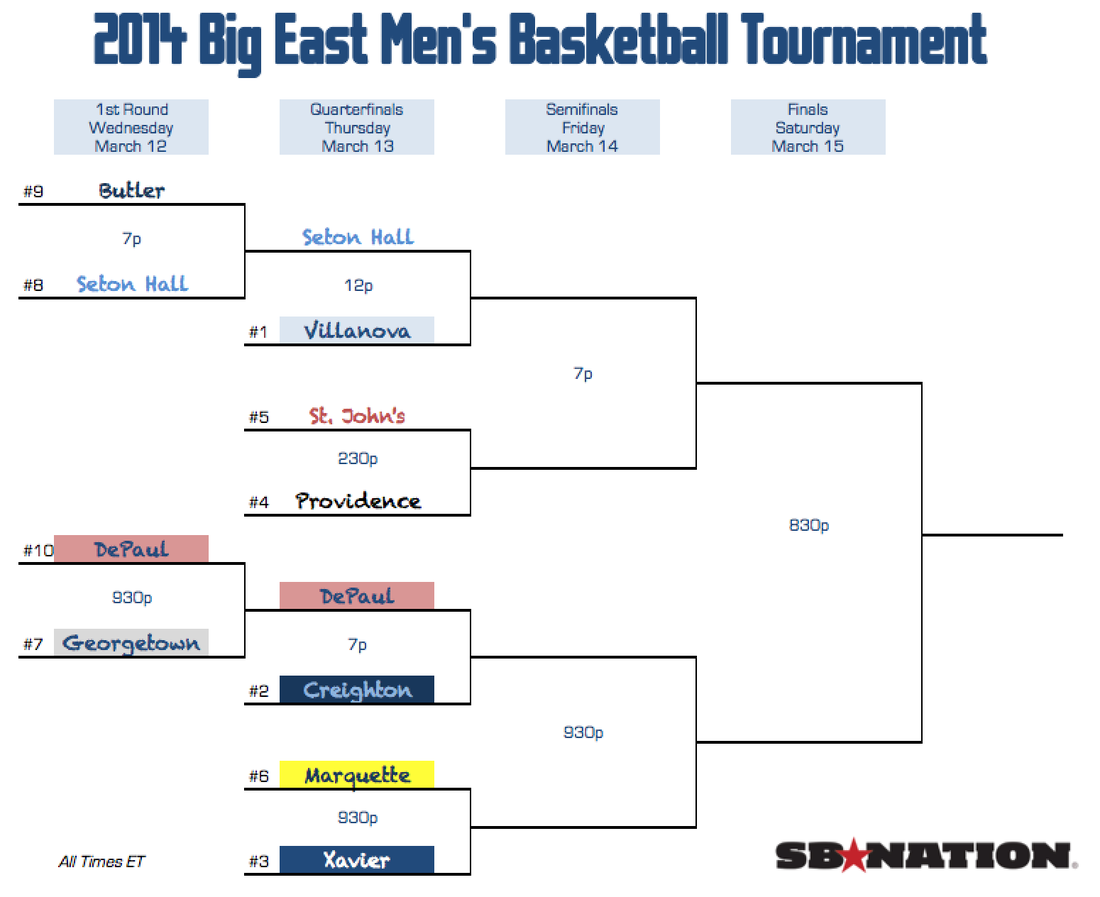