Creighton's weekend loss at Xavier coupled with Villanova's home win over Marquette allowed the Wildcats to take over the #1 seed heading into the final week of play.

When we took at the Big East Tournament bracket projection last Friday, there were a lot of scenarios that could change the outlook of the ten team tournament. The game that most Villanova Wildcats fans were following was Creighton's visit to the Cintas Center, which ended in a 75-69 Muskies win.

That game, coupled with Villanova's home victory over Marquette, vaulted the 'Cats into sole possession of first place and gave them control of their own destiny. If the season ended today, here is how the bracket would look: 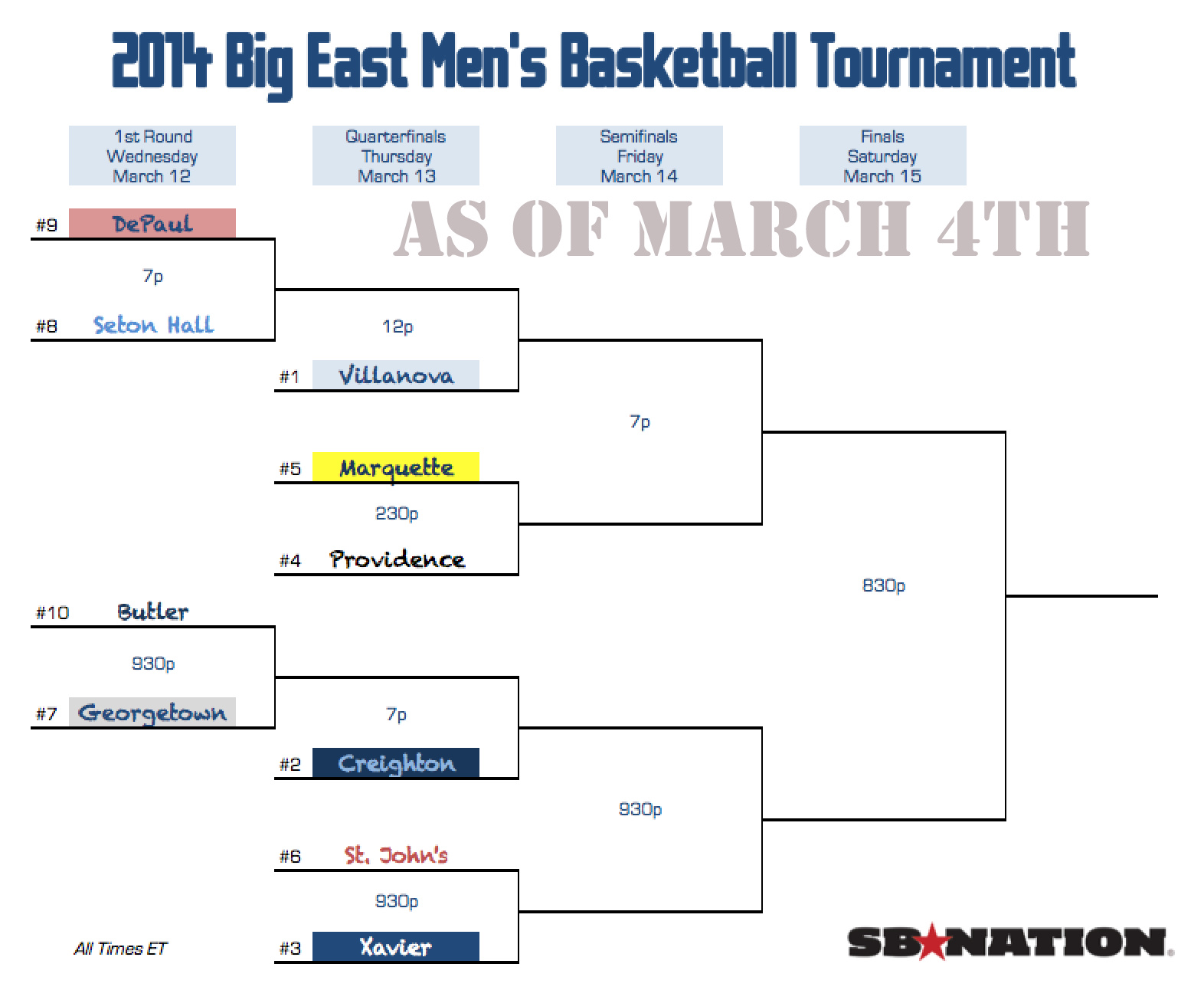 A quarterfinal matchup with the winner of Seton Hall and DePaul looks much more appetizing for 'Nova than a potential rematch with Georgetown. Furthermore a potential semifinal meeting with the Marquette-Providence (they play tonight) winner feels better than either St. John's or Xavier.

St. John's, however, is very much in the mix to move up to the 4 or 5 seed with road trip to Marquette still on the books for Saturday. Tonight's Golden Eagles-Friars matchup will result in St. John's taking over the 5th seed no matter what happens - the final standings will come down to Saturday when the Johnnies travel to Marquette and Providence travels to Creighton. Tiebreakers will almost certainly play a part in seeding here. 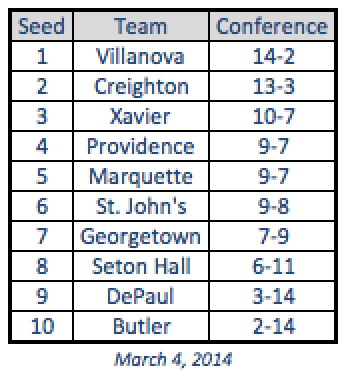 The other big move could come from the Seton Hall Pirates, who knocked off Xavier last night. According to our good friend John Fanta, Seton Hall can move up to the 7th seed and knock Georgetown down to the 8th if the Pirates beat Butler on Saturday, while Georgetown loses their final two games to Creighton and Villanova (which feels likely).

So, there's a lot still to play for. We'll keep updating daily in what should be a pretty crazy and exciting final week in the Big East.

What do you want to see happen?